Kozmevski discovered her calling as a soccer player at a  young age. She dedicated herself to the sport from the age of 4 and began her career on the Brams United. She is currently plying her trade at Rush Canada.

Kozmevski is she is the captain of her high school team. She has also played multiple undefeated seasons and her team won the Region of Peel Secondary School Athletic Championship in 2015.

As a centre back she led her team  and ensured their defensive solidity  to guarantee team championships. The strategy succeded at the Umbro showcase and her team entered the semi-finals of the Indoor Ontario Cup.

“I’m very excited to see Sophia play. She is a very physical presence and will definitely develop into one of the leaders of our program,” John O’Brien, Head Coach, said.

“It has been a goal of mine to play at the university level and I am honoured to further my athletic and academic journey as a Warrior,” Kozmevzki said.

Hall played further up the field in her role as the attacking midfielder. In modern soccer the role of an attacking midfielder is more important than ever, with all the attacks of the team flowing through that key playmaker. Hall took over the role seamlessly and displayed considerable leadership qualities as he team captain in her senior year. In 2017 Hall’s West Coast Metro Team won the Raineer Valley Slammers Tournament in Seattle and in 2018, Hall recieved West Coast Auto Group Football Club’s Alan Blair Award.

“Hall … is very talented and has great size. [She] will compete for a starting spot at midfield,” O’Brien said.

“I cannot wait to join the Warriors and put on the black and gold. The program is becoming one of the more elite in the province and I look forward to contributing anyway I can,” Hall said.

With these two additions Warriors recruitment, it’s only a matter of time before Warriors stake their claim as the best Women’s soccer team in Canada. 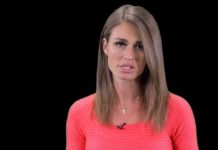