In the first half of the 2019-20 NBA season, we’ve seen the rekindling of immense rivalries  along with the rise of teams that many thought were going “back to the lottery” as championship contenders.We’ve also seen Luka Doncic take a massive leap and Zion Williamson bully every defender in his path. But as we gear up for the second half of the season, there’s a lot to go over as the stage is set for one of the most competitive season culminations in NBA history. Let’s dive right in and break down the current landscape of the NBA.

We can’t talk about the NBA after the All-Star break without talking about the All-Star Game itself! The NBA tried a new All-Star Game format in 2020, with an idea proposed by OKC guard Chris Paul. The All-Star games were played with the NBA the first three quarters as mini games, with the 4th quarter being played to a target score of 24 points. It was an idea that made many scratch their heads, as change is something fans always fear, however, the NBA should be applauded for honouring the lives and legacies of David Stern and Kobe Bryant while managing to put on a competitive product. With the amount of pain, sadness, and loss that basketball fans have felt over the last two months, this year’s All-Star weekend was meant to provide healing, and it couldn’t have gone any better.

The All-Star Game is typically seen as a break for players to rest their bodies and have fun. Instead, the players came out and competed. Getting rid of the shot clock and playing to a target score added a level of intensity to the All-Star Game that hadn’t been showcased in nearly two decades. Players were arguing with refs over calls, Kyle Lowry took a few charges, and defence was actually played. The NBA finally fixed their All-Star Game, and all other sports leagues should learn from it!

The Battle of LA

The hottest rivalry in all of sports right now is known as “The Battle of LA.” The city of Los Angeles has always belonged to the Lakers. Wilt, Kareem, Magic, Shaq, Kobe—all the basketball greats of L.A have worn the purple and Gold, but for the first time in the history of basketball, it seems as though the tides have turned and the Clippers may be the team to beat.

Led by Kawhi Leonard and Paul George, the Clippers are a defensive powerhouse. Boasting depth and size, they are a “nitty-gritty” squad, that can limit any team to 90 points on a good day. However, their biggest flaw right now is their health woes, as Kawhi Leonard continues his load-management for the third straight year and Paul George is experiencing resurfacing lower-body injuries.

Led by LeBron James and Anthony Davis, the Lakers are comprised of league veterans who are playing the best of whatever basketball they have remaining. While Davis leads the team in points, rebounds, and blocks, James leads the team—and league—in assists. Dwight Howard has seemingly found a new life, playing the way Kobe Bryant had begged him to play during his first stint in L.A. Danny Green has continued being a solid three-point shooter while JaVale McGee continues to be a reliable rim protector. As for Rondo, let’s just say the Lakers are hoping that “playoff Rondo” hasn’t become a tale of the past.

The Lakers and Clippers are currently on a collision course to meet in the playoffs, most likely in the Western Conference Finals. However, if the Clippers continue to coast throughout the remainder of the regular-season, they could be in danger of falling to the fourth seed. If that ends up being the case, the Battle of LA may actually take place in the second round. When these teams will square off is unknown at the moment, but what isn’t is that the path to the NBA finals in the West will go through the Staples Center.

It continues to be overlooked, but the Bucks are in the midst of one of the greatest seasons in NBA history. Currently first in the league, the Bucks are on pace for a 70-12 record this season. That would make them the third best regular-season team in NBA history after the ‘96 Bulls (72-10) and the ‘16 Warriors (73-9). What would place the 2019-20 Bucks in the history books is their dominance on the road.

They are on pace to be the only team in NBA history to have a double-digit net rating on the road for a regular season (+10.3). The Bucks also currently have the top defence in the NBA and are posting a defensive rating of 100.3. Only two teams since 2010 have posted a defensive rating under 100 since 2010 (‘13 Pacers and ‘16 Spurs).

As for the reigning MVP? Well, Giannis is having another MVP caliber season, and is currently the front runner for the award in a field that includes LeBron James, James Harden, Anthony Davis and Luka Doncic. If the season ended today, he would have the highest player efficiency rating for a single regular season in NBA history ahead of Michael Jordan, LeBron James, and Wilt Chamberlain (twice). Simply put, the 2019-20 Milwaukee Bucks will statistically be a team for the ages. But as withthe 2016 Warriors, statistical accomplishments mean nothing if a team can’t win a championship.

Big-man basketball is a prehistoric trend in the NBA. Gone are the days where teams build around a dominant centre and forward. The modern NBA is defined by shooters, players that can move the ball, handle the ball, and stretch the floor. Small-ball is the present and future of basketball as we know it, and, the Houston Rockets have taken small-ball to an entirely new level.

The franchise that has historically been synonymous with some of the greatest big men such as Ralph Sampson, Hakeem Olajuwon, and Yao Ming, now don’t have a single player on their roster over 6’6. Yes, the Rockets have gone all-in on small-ball.

Going all-in on small ball has allowed Russell Westbrook to turn back the clock as he is now averaging 27.3 points per game, along with 7.9 rebounds per game and 7.1 assists per game. Furthermore, Robert Covington looks like he was engineered in a lab to be a Rocket, taking efficient shots and providing help-defence at the rim whenever called upon. The biggest questions surround P.J. Tucker, who at 34 years old now has to defend opposing centres like Anthony Davis, Nikola Jokic, and Karl Anthony Towns. The Rockets need him to stay healthy down the stretch if they want to compete for a championship. 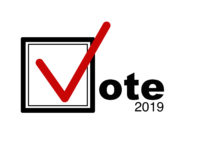 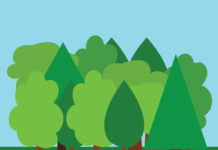 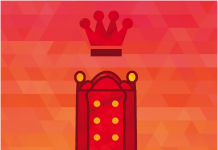