WUSA concluded its first general election under the new governance model on July 28, 2022. Stephanie Ye-Mowe, the current WUSA VP Education, was the only candidate on the Vice Presidential ballot and was therefore acclaimed to the position.

Earlier, the sole WUSA Presidential candidate had dropped out of the race. WUSA’s Board of Directors met on July 30 to decide how to handle the vacancy. They will be reaching out to the incoming Directors to see if any of them would be willing to take on the role of acting President. This will likely be followed by a joint meeting of the current and the incoming Board of Directors, which will make a final decision. There are no active plans for a by-election as of now.

“It’s unfortunate that we don’t have a President candidate, but I’m confident in the ability of the new Board to adapt and fill in the gaps. And while I still carry some reservations about the efficacy of the new governance model, I think anything that can make WUSA governance more accessible to the average student and rewarding to those who put forward their time is something we should try,” said Ye-Mowe. “I don’t think the next 8 months will be easy, but I’m happy to do my part as VP to ensure WUSA continues to serve students and that the rest of Board has the tools they need to succeed”

Out of 29635 eligible voters, only 1247 students voted in the Director election this year, which means that the voter turnout this year was about 4.2 percent.

“[The low voter turnout] is disappointing but I am confident that we can increase the turnout. I think the new model is conducive to that as well, where there is a greater amount of competition, which generally increases turnout,” said current WUSA President, Ben Easton. “I do think that the WUSA staff has done an excellent job promoting the governance changes and elections, in general.”

In the Director race, 15 candidates competed for 11 seats. Rania Datoo was the only faculty of arts student running for Director. Because of the faculty guarantee system in the new model, she was appointed to the position without a vote. Current WUSA VP Student Life, Catherine Dong, and VP Operations and Finance, Matthew Schwarze were voted to the Board of Directors, as were two of the current WUSA Councilors, Jay Lan and Angela Souza. The remaining seats were won by Karl Zhu, Jeff Zhu, Naman Sood, Chen Chai, Karen Nguyen, and Daud Khan.

These results are unofficial until the Board receives the Chief Returning Officer’s report and ratifies the results.

If these results are ratified, the Board of Directors for the coming governing year will have six students from the faculty of math, four from engineering, one from health and one from arts (one of the incoming Directors, Chen Chai, is a software engineering student so he belongs to both the math and the engineering faculty).

The faculty guarantee applies only when at least one student from a given faculty runs, which means that there will be no science or environment student as a Director on the Board for the coming governing year.

After the disqualification of Karl Zhu and re-tallying of the votes, Marie Jolicoeur-Becotte from the faculty of health has been elected to the WUSA Board of Directors in Zhu’s place. The full story can be found here.

These results are unofficial until the Board receives the CRO’s report and ratifies the results.

The WUSA Board of Directors met on Aug. 18, 2022 and decided that Vice President elect Stephanie Ye-Mowe will be taking over the role of President as of Sept. 1, 2022.

To address the vacancy this will create in the office of Vice President, the officers of the Board have been tasked with recommending a suitable candidate to support the Board in a full-time capacity.

The Board also received the CRO’s report and ratified the results.

The full story can be found here. 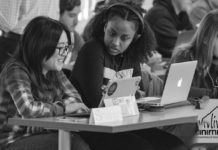 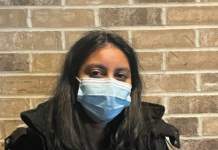 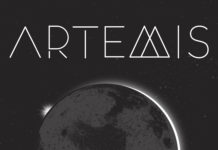 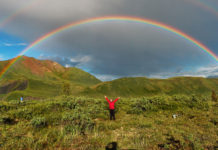 The Science Behind Rainbows!