The latest generation of cellular wireless network, 5G, will likely be accessible on the UW campus early this year.

This technology promises to bring faster speeds owing to the shift toward the new Radio Access Network (RAN) system, which will have significantly higher bandwidth at the expense of much more limited range.

Sanjeev Gill, UW’s associate vice-president of innovation, said discussions are ongoing with Rogers Communications to determine where small cell stations will be set up for the transmission of 5G signal on campus.

This is in contrast with the larger, more powerful cell stations used for 4G network.

With the small cell configuration for 5G, users will experience a significant improvement in performance but only within close proximity.

Rogers and UW agreed to form a partnership to implement the 5G and subsequently carry out advanced research in engineering, medical imaging, and artificial intelligence.

In addition to the partnership with the university, Rogers is the first wireless provider to work with Evolution of Networked Services through a Corridor in Québec and Ontario for Research and Innovation (ENCQOR), a $400 million partnership led by the governments of Canada, Ontario, and Quebec. ENCQOR has established the first pre-commercial 5G telecommunications corridor in Canada.

This research initiative focuses on bringing a multitude of companies together to leverage the full potential of 5G.

“Initially, the availability of 5G will be confined to research and innovation hub in campus where the technology will be deployed and tested intensively before making it available for a wider audience across the campus in the second half of the year.

This strategy will help Rogers [better] understand the logistics and challenges associated with the 5G and come up with best practices and methodologies for future deployment all over Canada,” Gill said.

“To address health risks with 5G, the technology will be deployed in pilot phase in compliance with the health and safety regulatory policies and assess the radiation levels emanating from the 5G network,’’ Gill said.

Interestingly, Rogers is the first telecommunication carrier in Canada that is actively involved in research in the transformational technology with a Canadian university without any reliance on external vendors for the underlying software and hardware support.

Gill believes that in order to ensure that students and faculty members get the maximum out of 5G, it is imperative that Rogers and the UW research team define use-cases, which outlines the ways in which 5G will benefit the targeted group.

For instance, students working on data intensive projects which involve highly sophisticated computations are more likely to benefit from the new cutting-edge technology.

Experts predict that 5G is going to play a pivotal role in shaping the daily tasks of a vast number of industries and consumers.

Furthermore, the maiden collaboration between Rogers and UW will result in made-in-Canada innovations which could propel Canada’s digital economy forward in the near future. 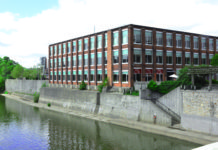 Always at your service