The proposal was part of GRT’s suggested 2015 annual transit improvements announced in the fall of 2014. It was followed by several rounds of public consultation. The GRT received significant public backlash from the community and on social media after the uncertainty surrounding the future of the route was made public.

Feds municipal affairs commissioner Andrew Clubine, who reviewed the proposal internally with Feds’ vice-president of education Stephane Hamade before it went public, said that they knew they had to take action after hearing extensive opposition from students, both directly and on social media.

A change.org petition submitted to GRT with 1,604 signatures — a significant portion of which were from students — was evidence of the public backlash.

“We saw the petition go online, we heard a bunch of students who contacted us directly or voiced their opposition to it on social media, and they’ve basically come to a very similar conclusion that the 7E and 7D were important to students,” Clubine said.

Clubine said his biggest concern, which seemed to echo most students’ concerns, was the possible loss of service to the west side of campus. He, along with Hamade, reached out to about half a dozen students including those who seemed to be spearheading the petition, to try and ask them to “consolidate what people they were interacting with were saying.”

Feds collected all the feedback and submitted a report to the GRT in December 2014 that outlined why they opposed the proposed elimination of the seven routes if service would not be provided by a new route.

“I think we played part of a role, I’d like to think, in keeping it around until the LRT is in, but I really do think GRT was just putting it out there to see what type of feedback they would get,” Clubine said. He also believes that the seven route will eventually need to be reviewed or addressed.

“It is something they’re floating out there,” he said. “It is a bit of a confusing route. I think that was kind of the primary reason why [The GRT] put it on — you can hop on the seven and end up in different places because of the six different branches — so that was the primary reason it came up.”

Imprint attempted to contact GRT, but the transit authority was not available for comment prior to press time.

Whether or not there will be a need for the 7D and 7E routes once the LRT is running is still unclear.

“I don’t know if I can respond because we don’t know what the pickup for the LRT will be like,” Clubine said. “I think it will be a great transit option for students, especially since it will come right onto campus … I do think that the LRT is going to make it a lot easier for students to make it to Uptown Waterloo and Kitchener’s downtown cores a lot quicker and a lot more conveniently than the seven.” 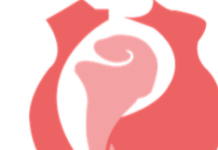 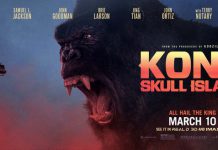 I don’t know about ‘King’

The Dark Web and Tor

Re: Fair Elections Act is not fair to university students, Feb....