Princess Cinemas in uptown Waterloo is continuing a 36-year-long tradition this year with its annual Halloween showing of The Rocky Horror Picture Show. There will be seven showings from Oct. 27 through Oct. 31. Times vary, so be sure to double check when your showing begins.

Maybe you have never been to The Rocky Horror Picture Show. Perhaps you were intrigued by the scenes featuring the film in The Perks of Being a Wallflower or already knew about the film’s massive cult following, but have never seen the film. Maybe your friend is dragging (no pun intended) you to the event but you have no idea what to expect. If that is the case, look no further for a basic primer on Rocky Horror.

The Rocky Horror Picture Show is a 1975 low-budget horror musical based on a 1973 stage musical, which was a parody of low-budget (or “B”) horror movies. When Brad and Janet, two ordinary young people, find themselves stranded on a dark and stormy night, they find their way to the castle of Dr. Frank-N-Furter, a crossdressing mad scientist, and his eccentric friends on the night that Frank brings his creature — an attractive young man named Rocky — to life. What follows is a long night of horror, sexual liberation and many catchy songs.

This campy classic is a major cultural touchstone for the queer community. Despite its dated language, the film is a beloved celebration of androgyny, liberation and pleasure which, despite its initial critical and box-office failure, has been running in theatres for 46 years, making it the longest-running theatrical release in film history.

As such, many rituals have become associated with attending The Rocky Horror Picture Show. While you most likely won’t see one at The Princess Theatre’s showing, “shadow casts” have become common, in which a group of people all dress up as the characters and do the action in front of the screen alongside the film.

Even with no shadow cast, attending Rocky Horror is a great opportunity to dress up. There are numerous characters and costumes to imitate — just look up a photo and imitate it as best you can. If no specific character inspires you or is doable, any combination of red and black, leather, fishnets, feathers, sparkles or generally over-the-top clothing is also appropriate. And don’t forget red lipstick!

Finally, over years of attending the film, sometimes weekly, die hard fans of the film have developed many “callbacks” for the film, in which the audience responds to or adds onto the lines of dialogue in the film. Given the transgressive nature of the film, most of the callbacks contain strong and suggestive language, and therefore will not be included in the article. If you would like to read up on them, a copy of the script with callbacks inserted can be found online. Furthermore, audience members often bring props to use for different parts of the film, such as newspapers, rubber or latex gloves and party hats. While there are some props that are traditionally meant to be thrown, it should be noted that Princess Cinemas has requested that airbornes not be thrown at their showings.

If you want to go to your first showing of Rocky Horror prepared, this article and links provided with more information about the callbacks and props should have you covered. However, it can also be fun to enter your first showing of the film completely unspoiled and allow yourself to be surprised and delighted by this weird and wonderful tradition. Whatever you decide, the most important aspect of attending The Rocky Horror Picture Show is to have a lot of fun. Happy viewing! 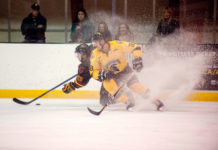 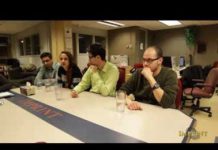