Thousands of students typically gather on Ezra Avenue for an unsanctioned street party on St. Patrick’s Day. However, the COVID-19 pandemic kept things very quiet in the area this year. Ezra Avenue’s St.Patrick’s Day party is Waterloo’s version of March Madness and has recently  drawn crowds in tens of thousands each year. The 2019 street party had drawn an estimated 33,000 students.

This year, some of the only people walking up and down Ezra Avenue were campus police, regional police, and municipal enforcement, all there to answer a few calls about noise complaints and remind people to stay within the size limits of social gatherings.

“Overall, we appreciate and thank everyone for the general level of compliance and cooperation we received…The majority of students in our city recognize the importance of adhering to provincial rules around gatherings and they clearly understand the seriousness of the current public health crisis we are all living through,” Nicole Papke, director of Waterloo’s municipal enforcement services, said.

Waterloo Mayor Dave Jaworsky stated publicly that he is very proud of students who didn’t show up to the party and didn’t create a super spreader event.

Only seven fines were handed out on St. Patrick’s Day in Waterloo for the 65 calls for service that offices responded to, two for the social gathering violations and five for noise complaints.

Notably, on Mar. 17, 2020, St. Patrick’s Day, Premier Doug Ford declared a state of emergency ,making it the anniversary of the lockdown and pandemic life at home. Currently, Waterloo Region is in the Red-Control zone of Ontario’s COVID-19 response framework.

Fall reading week referendum off to a weak start 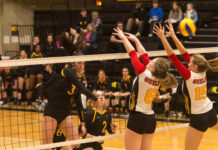 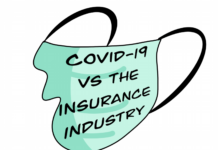