In 2012, Frank Ocean released his debut studio album titled Channel Orange. The album’s success would go on to help Ocean garner recognition from music lovers and critics from all over the world.

Ocean is often praised for his narrative-driven lyricism. His songs aren’t the straightforward one-dimensional radio songs with a catchy beat and repetitive buzzwords. The stories he tells throughout his songs are filled with intricate literary devices and he lays his vocals on top of alluring instrumentals that support the vivid atmospheres he aims to create.

Channel Orange discusses a variety of topics ranging from wealth and drugs, to liberation, love and sex. LGBTQ+ themes are also a prominent focus throughout the album.

“Bad Religion” alludes to Ocean’s struggles with his sexuality along with his feelings of unrequited love. As he belts out “I can never make him love me,”  Ocean parallels the man who he harbours unrequited feelings for with the uncertainty of his relationship with God. “Him” can refer to the man he loves who doesn’t return his feelings, but “Him” could also be interpreted as God who Ocean believes will see his love for another man as sinful.

In “Pink Matter,” Ocean’s words waltz upon a continuous and addictive guitar riff that drones on throughout the song. The instrumental is paired with Ocean’s use of vivid imagery that encompasses the femininity and sensuality of the female anatomy. Initially, he sees women as the sole source of his pleasure, but as he begins to question his beliefs, he ends up choosing “pleasure over matter”, signifying that he accepts that whether he is with a man or woman does not matter, rather, he can find pleasure in both.

Ocean’s ability to teleport listeners to different settings through his music is just one of his many hidden talents. Perhaps the song that is most representative of the album’s dynamic experience is “Pyramids.” When the song begins, listeners brace themselves for an almost 10-minute journey starting with Ocean’s vocals echoing on top a soft ringing and funky bassline that transports them to the pyramids of Egypt where they dance with Cleopatra. The bass is switched out for a sequence of electric notes and suddenly listeners are stepping into a nightclub in Dubai. A series of transitions take place as different instrumentals overlap and listeners find themselves trapped in a retro video game, thrown into a laser rave, then dancing on the strings of an electric guitar. The last 30 seconds of the song end with a lonely instrumental that sounds like the beginning of a coming-of-age film.

Unlike most albums, Channel Orange isn’t boxed into a specific genre. Rather the album takes on different styles of music such as R&B, neo-soul, electro-funk, jazz and pop. The album’s 17-song tracklist will throw listeners into a vibrant, psychedelic journey that will make you want to dance, cry and fall in love, all at the same time.

Life is Strange is a story-driven, graphic adventure video game available on PC, mobile, Xbox and Playstation. The game is set in the small fictional town of Arcadia Bay and follows Max Caulfield, a seemingly normal 18-year old photography student, until she discovers she can rewind time. To progress through the game, players will have to make choices that could potentially have major impacts on the story’s events. But unlike most choice and consequence games, Max’s supernatural power means that she can go back in time to see how different choices would play out.

Players come to learn more about Max through her inner monologues, text messages and diary entries, but so much is still unknown about our protagonist. The most pressing question being: How did Max get her time-rewinding powers? The game doesn’t give us an explanation and Max herself even contemplates the question by asking “Why me? I’m just a geek girl in some small town.”

As players accompany Max on her journey, we learn alongside her how to use her newfound ability. This new power allows Max to literally take back anything she says, predict people’s actions before they take place and prevent any accidents from happening. But more often than not, Max finds herself using her rewind powers to save Chloe Price — her childhood best friend she lost touch with when she moved away to Seattle. However, the two quickly rekindle their friendship throughout the course of the game.

Rather than introducing Chloe as a plot device to further Max’s journey, the writers emphasize that Chloe is her own individual person. Max and Chloe might be an inseparable pair, but first and foremost they are separate complex characters with unique identities. It is when the two come together that they create a playful, emotional and loveable dynamic.

While Max and Chloe might just be video game characters, their chemistry is undeniable, with players even having the option to develop their friendship further if they so choose. It’s the classic best friends-to-lovers trope, but the way their story is written doesn’t make it cliche. There are subtle hints that allude to the feelings between the two girls that may have been present since childhood, but with an overall air of ambiguity as to what their relationship could potentially evolve into. This interesting relationship dynamic has fans consistently rooting for Pricefield — Max and Chloe’s ship name —  to prevail against the game’s obstacles.

Life is Strange also has arguably one of the best in-game soundtracks. The selection of songs has a heavy presence of acoustic guitars that adds on to the game’s hopeful and nostalgic nature. Additionally, the calming ambience of Arcadia Bay perfectly captures that small town feel.

If you’ve ever wanted to turn back time, then plug in your earphones, get ready to escape reality and step into the world of Life is Strange. 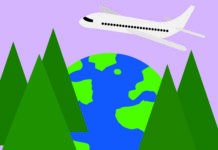