It was wintertime when Davis received a call connecting him to a previous UW recruiter. His company had gone to UW to find co-ops for their team a few years earlier, and among their hires was a young woman. She’d never actually worked for him, but they’d met while he was recruiting students.

After co-op she returned to UW, continued her degree with some interim co-ops, graduated, and eventually ended up in the same industry though at a different company.

Two or three years, later the recruiter and the co-op reconnected at an event and started dating. They gradually became a couple, and when it was time, the former employer knew that he needed to propose in the place where they first met, the Tatham Centre.

Davis was contacted through a mutual connection at the university who wanted to help make the proposal happen. The couple both worked in Toronto, but the boyfriend taught seminars on the side.

Claiming he was going to UW for work, he brought his girlfriend to the city on a typical weeknight in March.

“He came up here in the evening, around 6:30 [p.m.], and there was really no one around. He set it up so that when she came up the grand staircase [the staircase in the middle of the building which ascends to the third floor] rose petals were laid on the floor, there were some decorations up, and he had a little bit of music playing” Davis said.

“I think by the time she got to the second level, she clued into what was going on.”

Davis himself watched from a hidden vantage point.

“I hid down the hallway, just to make sure everything was okay and it was lovely. He was very sincere and heartfelt, and she was very surprised. Because you could kind of tell as she reached the top of the stairs that she was shaking and nervous. It was a very unique way to return to where they met,” he said.

After that point Davis returned to his office to give the couple some privacy.

After an hour he returned to clean up, but they had already packed everything.

Ultimately, the couple asked for privacy, so Davis did not publish the story in the Waterloo Bulletin and when sharing the story, he did not disclose the names of the couple.

He is unsure if they are still married or even if the girlfriend agreed to the proposal.

But it is a story he often recounts, to let people know that although co-ops primarily focus on work experience, they can sometimes lead to many other special experiences.

Can someone tell me why I still love The Bachelor?

In need of a navigator 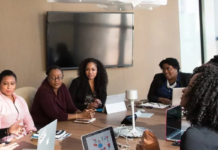