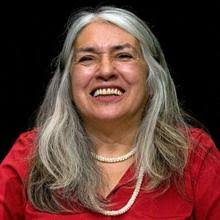 “We have to make them more like us” Lee Maracle’s grandfather had said to her. Canadians are more like Indigenous people – from showering everyday to accepting LGBTQ+ members of our community, Canadians have adopted countless Indigenous practices.

Maracle related her experiences and thoughts on healing at her lecture as part of the Indigenous Speakers Series on October 3rd. The Humanities Theatre was nearly full of students who wanted for the integrated dance and lecture of Lee Maracle and Bill Coleman.

“Canadians like denial,” proclaimed Maracle. “We [are living] in a world where the oppressor’s history [has become] the only history.” Known for her outspokenness and activism, she talked against the state of mistreatment towards First Nations peoples. “[Around 60 years ago], indigenous children were being starved for experiments, but did you know that?”, she asked. Over 1000 school-age native children had been used as experimental subjects by Canadian nutrition experts during 1940s. The abuse has just come to light in recent years.

Being able to speak, write, and share her stories is of utmost importance for Maracle. Having worked in the film industry and art collaborations, she is used to expressing her identity and sharing her knowledge through various mediums. Not only are speeches her platforms, Maracle also incorporates her Sto:lo heritage and feminist lens onto sociology and historical significances through writing. Her award-winning books deal with societal issues related to aboriginal people, especially women. She marvels that, where she was an angry young women, her grandchildren are not. They are loving and accepting and willing to teach and learn.

The Indigenous Speakers Series is an effort to tie Indigenous knowledge with Canadians through Indigenous scholars. “Not about us, without us,” she said.
“Get the word out,” Lori Campbell, director of the Waterloo Indigenous Student Centre, said. “Put the pressure on all the governing bodies – the faculty, the Feds, the University – to provide these opportunities so we can learn – because we need to work alongside each other, not just [know] about each other.”

A circle of drummers from the Indigenous Students Centre (ISC) initiated the event with their music.
Their voices were accompanied by their drums, and sometimes members of the audience in a hypnotizing melody.

Maracle and Coleman followed this song with their poetry and dance presentation. They told a story of fear, anger, hurt, and healing through Maracle’s words and Coleman’s movements. Composer Phil Strong helped as live sound assistant. The trio proceeded to deliver a captivating piece of mixed-media, contemporary art.

As Maracle recited a spiritual tale, Coleman began moving slowly, using tools such as stones, pebbles, and plastic wrap to add another dimension to the story. His pace quickened, dancing in a frenzy around the stage as the story reached its climax when the word “dance” was repeated, finally returning to kneel at Maracle’s feet.

Maracle explained how the the perpetrators of crimes in South Africa had to present their crimes to avoid prosecution after Apartheid ended. In Canada, the survivors share their stories but the perpetrators are not held accountable.

“It was important for this piece to happen. It provided opportunities for people who were residential school survivors to share their stories and to be heard.” Campbell said. “[But] the perpetrators of the crimes were not held accountable.”

Campbell emphasizes the importance of stories and the lessons that have been learned from them. The TRC only focuses in residential school survivors and many stories – of those who did not survive, of land, of history – are left untold.

Miracle stated: “Everyone is an anarchist, you’re just bad at it. Now, we need you to be good at it.”

In the last few centuries, Indigenous people have faced many problems. For many, even talking about their thoughts and experiences was largely discouraged. 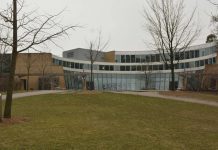 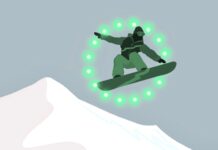 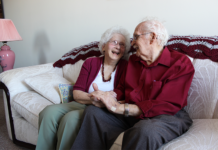