As of June 23, People residing in the region of Waterloo who had received an mRNA vaccine on or before May 30 are eligible to book an accelerated second dose for their mRNA COVID-19 vaccine.

This decision has been made regarding the high Delta variant prevalent in regions of Halton, Peel, Porcupine, Toronto, Waterloo, Wellington-Dufferin-Guelph and York.

Individuals will be able to book through the provincial booking system, through public health units and through participating pharmacies.

The acceleration program now extends to those who received the AstraZeneca vaccine as their first dose. “Ontarians who received a shot of AstraZeneca will now be able to get their second dose — either of the same product or another brand’s mRNA vaccine — after eight weeks, rather than the 12-week wait time the province had previously required,” according to an article by CBC.

Phillips expressed a great sense of relief following her accelerated dose. Philips’s second dose was originally scheduled for the end of August. She feared returning to campus so soon after that point as it takes at least two weeks for full immunity.

“I also feel so much safer and happier knowing that receiving the second dose sooner means I can soon visit my parents [who are in a different province], whom I haven’t seen since December 2020 due to the lockdowns and stay-at-home orders,” Phillips said.

She also said she feels that much of the stress and worry that has amounted in the past year and a half has diminished significantly because of the accelerated second dose.

Philips mentioned that she believes it’s important for students to get the second dose as soon as possible for many reasons. “For one, many of us are frontline workers,” she said, mentioning how many students are working jobs that put them at risk. “Getting fully vaccinated can protect ourselves and every co-worker and customer we interact with.”

“It also ensures our safety when returning to campus,” Phillips added, referring to the regular interactions amongst peers that will be happening in places such as class, common areas and residences.

Phillips also said the pandemic made her feel like she was missing out on her young adult years and restricted her from travelling for her last co-op term.

“The sooner we all get fully vaccinated, the sooner we can finally experience life again,” Phillips said. 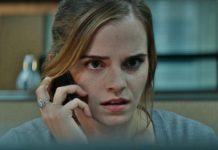