It’s becoming a very ugly annual tradition: students arriving at Waterloo’s universities in the fall being told they don’t have a home, even though they have paid for one.

Julia McKnight, a student at the University of Waterloo rented a two-bedroom apartment at the Icon building on Columbia St. Their move-in date was moved back from Sept. 1 to the 5. Then it was moved back again to Sept. 10 and again to Sept. 13. And then the developer started offering combinations of hotel rooms and cash to find other accommodations, before they stopped returning her calls altogether. Julia still does not know when she will be able to move into the home she has already paid for. Sadly, this is a familiar story.

Students are left with few options when they discover their paid-for units aren’t ready in the fall. Pursuing post-secondary education is already an expensive investment. Faced with homelessness and insecure housing, students are much less likely to achieve academic success. Developers appear to be exploiting Ontario’s housing system, leaving students in insecure housing situations, and feeling taken advantage of.

What can students do? If dealing directly with a delinquent developer fails, students can contact the provincial Landlord and Tenant Board (LTB). Unfortunately, the way that system currently works, developers can delay hearings, often rescheduling them for months later, in another semester, when students are not residing in the Waterloo Region. Class action claims have been easily broken up by developers into individual cases, further delaying the process.

Even when the LTB decides in favour of students, they often must pursue the developer themselves to ensure the ruling is enforced. That can mean hiring lawyers and using the courts – costly and time-consuming options that students do not have the means to use.

Last fall, I met with student leaders from the University of Waterloo’s Feds and Wilfrid Laurier University’s Student Union, who had brought this issue to my attention. Subsequently, I wrote to Ontario’s Minister of Housing to raise the matter. The minister’s response was to point to the LTB and to his Ministry’s Rental Housing Enforcement Unit (RHEU), who might “investigate a complaint and may lay charges against the alleged offender.” However, as many students who have contacted the RHEU have told my office, the RHEU is suggesting that they contact the LTB – the same board that allows delinquent developers to avoid and delay. Essentially, the minister was telling me to tell students without homes in Waterloo to go run in circles.

It’s clear that the LTB needs stronger enforcement mechanisms so that students do not have to spend years chasing after what has been deemed owed to them, legally. Hearings with the board need to be accessible and timely. Students cannot afford to wait for retribution.

On my website, I have a petition to the Legislative Assembly of Ontario called “Track and Enforce Landlord Tenant Orders.” You can download a copy and have anyone who cares about student housing in Waterloo sign it.

I will present the petition to Queen’s Park and, hopefully, the minister of housing will listen to the voices of the students affected and make the changes needed to ensure no student faces homelessness when they start school. 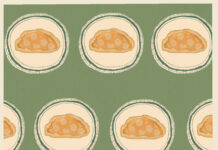 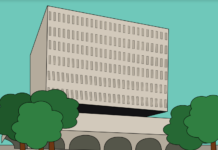