The issue of cannabis legalization has been a complex and gripping issue, especially for young Canadians.

As one of Prime Minister Justin Trudeau’s main campaign promises, supported by recent legislation proposed by liberals last month, Canadians are on the road to legalization and regulation in little over a year.

The Honourable Anne McLellan is a seasoned Canadian politician and lawmaker who most recently served as deputy prime minister of Canada. McLellan leads the Task Force on the Legalization and Regulation of Cannabis.

McLellan visited the University of Waterloo earlier this month, to deliver a presentation and participate in a panel on cannabis legalization. It is already possible to apply for a cannabis business license making this quite the hot topic.

After McLellan delivered her opening remarks, she joined three other panelists — Dr. Liana Nolan, Commissioner and Medical Officer of Health for the Region of Waterloo; Jonathan Zaid, a University of Waterloo student and cannabis activist; and Dr. Chris Perlman, a professor of Hospital & Health Care.

The event brought up some central issues arising from this controversial topic, one of which was the issue of cannabis use by minors. The obvious solution to this would be to prohibit the sales of things like a herb grinder and bongs alongside cannabis to children. They should only be used by responsible adults.

McLellan explained how the task force intends mitigate marijuana usage by minors seeing as alcohol, despite regulations, remains the most popular substance in use.

“Everyone we talk to in the public space describes alcohol as a failed regulatory regime,” McLellan said. “The thing we heard over and over was do not go that route, which is why we designed a unique regulatory regime for cannabis.”

Nolan also responded, citing her belief in achieving the right balance between access and restriction.

“The issue right now is that there is already a significant amount of youth using,” she said.

Nolan also stressed the importance of public education as a deterrent for irresponsible cannabis use.

Pending Parliamentary approval and Royal Assent, the Government of Canada plans to provide regulated and restricted access to cannabis by July 2018. 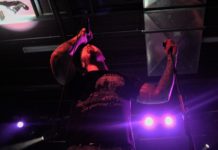