Incoming students will now be able to check “another gender identity” instead of just “male” or “female” on their application forms.

“The push came from the registrar, Ray Darling, with support from Feds,” said Sarah Wiley, Feds VP of Education. “The decision was made because there are many students who identify as a gender other than male or female and they need to be able to apply to university without discrimination.”

Other terms were considered such as “transgender,” however, the working group did not want to leave anyone out.

According to a UW press release, the Registrar’s Office was approached by a transgender student on the issue last fall. Thus, Darling chaired a provincial working group to encourage a non-binary gender identification option for students.

Sabrina Treviranus, a representative from the Glow Centre for Sexual and Gender Diversity, expressed Glow’s support of the change.

“The changes on the forms needed to be made in order to recognize the identities of all our students,” she said. “The previous forms, having only a ‘male’ and a ‘female’ option, excluded a large array of other identities, forcing students to choose a gender identity that does not represent them. Future students will have the ability to select an ‘other’ option.”

However, this action is not the only initiative from the university to make the campus more transgender-friendly.

According to Darling, the application forms will include a text field under “another gender identity” in fall 2018.

“The Glow Centre is currently working on an initiative to allow students to have their preferred name recognized on school related items, such as their WatCard, Learn account, and class lists, without the need to legally change one’s name,” said Treviranus. “We also continue to provide a safe space for all students in our centre, and provide community resources and information.”

Sarah Wiley plans to continue working with the Glow Centre to improve campus conditions for students.

“The Glow Centre for Sexual and Gender Diversity is a great resource on campus,” said Wiley. “They hold events, do great advocacy work, and provide resources and support to students. Equality, diversity, and student rights are priorities for me this year, and I will be working with the rest of the executive team to ensure campus continues to be safe and welcoming for all.”

UWaterloo crazy in love with Beyoncé 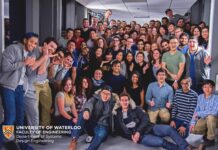 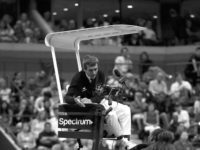 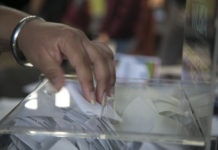