Waterloo Region Police were called to the UW Place residence at 6:24 a.m. on March 20 when a body was found on the ground.

After investigating the scene, police determined the deceased took their own life, according to Waterloo Region Police Services Executive Officer Mike Haffner.

While the victim will not be identified, Haffner confirmed the 19-year-old male was a University of Waterloo student. At the time of reporting, the deceased’s next of kin had not been notified.

“Right now, through some of the people we have been able to speak to, we have determined that it is a University of Waterloo student,” Haffner told Imprint.

“It’s one of those situations where any death in our region is tragic,” Haffner said. “Especially when the circumstances are such that this young man chose to take his life.”

The incident marks a second death at UW Place this term. In January, an 18-year-old female at UW Place’s Beck Hall took her life. At the time, police evacuated the building, though Haffner noted Monday’s incident posed no threat to public safety.

Students expressed frustration at the university’s relative silence over past incidents.

“This is one too many times, Waterloo. And it’s not time now to figure out how to hush this up or write a statement that is purposefully vague,” a commenter on the UWaterloo subreddit said Monday morning, “It’s time to do something to prevent the next one.”

Haffner advised students to look out and be mindful of the well-being of those around them.

“We deal with these types of incidents throughout our region on a daily basis. It’s everyone’s responsibility to check on their friends, their acquaintances, their colleagues, their fellow students, their own family members, to check to see that they’re doing OK,” Haffner said. “And that if they are having struggles, if they are having certain thoughts to make decisions, that they have the necessary supports — whether that be through agencies, or whether it be through family or friends — available to them to hopefully not end up in [these] situations like we’ve seen from two individuals at 108 Seagram.”

“Today the university community is deeply saddened by the loss of one of our students. This tragedy leaves our campus community in mourning and we offer our deepest sympathies to the student’s family and friends,” Grant said. “We encourage anyone who needs support at this time to take advantage of the university’s counselling services and peer support programs or to contact the post-secondary student helpline, Good2Talk. This matter is currently being investigated by the Waterloo Regional Police Service.” 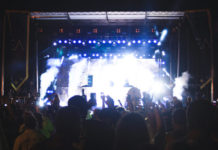