Over 8,000 students have now signed a petition titled, “Addition of Anti-Racism course to mandatory degree requirement for all faculties.”

This petition was created with the goal of obtaining 10,000 signatures and has been widely circulated on social media. The petition calls for UW to be proactive in combating racism.

In a statement provided to Imprint, UW Media Relations Director Pamela Smyth said that the university does not have any plans to introduce mandatory anti-racism courses to the curriculum.

“The University of Waterloo is committed to acknowledging the ongoing trauma and violence faced by BIPOC (Black and Indigenous People of Colour) students and employees of Waterloo. We recognize the importance of engaging our community in anti-racism conversations through open, respectful, and factual dialogue, and ensuring this dialogue moves to action,” Smyth said.

“Through the Human Rights, Equity and Inclusion unit, Waterloo currently offers a number of online workshops on the topic of racism, including anti-Black racism, in a university setting.”

UW said they planned on introducing a non-credit method of addressing racism.

“There are also plans to offer a non-credit, anti-racism module to examine important issues of culture, racism, and white privilege, among other key topics in even greater detail,” Smyth said in a statement.

Sam C., who started the petition, wrote, “I am aware this will not cure racism at the University, systemically, or globally. However, this mandatory implementation of an Anti-Racism type course based on critical race theory to the degree requirement list (and also for staff) will only benefit students and professors.”

Students of the Water Institute Graduate Section (SWIGS) signed and promoted the petition on social media along with their own statement.

Tyler Hampton, who served as the chair of SWIGS in 2020, believes that department-specific anti-racism courses should be made mandatory.

“The work’s already been done by different folks out there, a lot of the time, folks of colour,” Hampton said.

“We just need to kind of sit down and understand what is being asked and why it hasn’t been done in the past.”

He described examples of how different departments could tackle the subject of racism.

Hampton gave examples, like how the biology department could talk about fake science being used to perpetuate myths about genetic differences between races.

And how the engineering department could tackle the topic of how infrastructure may not always be created with the BIPOC community in mind.

He stated that a geoscience specific petition on anti-racism has also been created, which currently has over 24,000 signatures.

The Student Association for Graduates in English (SAGE) created an Anti-Black Racism Action Plan. The document, which currently has 59 signatures, outlines 13 measures to combat anti-Black racism.

“While recognizing that the following measures should have been implemented a long time ago, we ask our department to immediately take tangible, material steps to address anti-Black racism in the university,” the document reads.

The mandatory anti-racism course petition mentioned UW’s reputation as an innovative institution but accused the university of not being active in human rights movements such as Black Lives Matter.

Hampton said that part of the petition resonated with him.

“If [UW] is so innovative, we need to innovate the most conscionable education for our students,” Hampton said.

In their statement, SWIGS wrote, “The Students of the Water Institute Graduate Section represents students in the fields of public health, the arts, civil engineering and water systems, economics, and environmental toxicology and protection. We strive to see this cohort of students sent into the world to further justice and equity for all citizens. Black lives matter. Indigenous lives matter.”

Verified by Alice in Thomps, ON 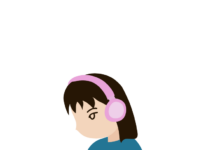 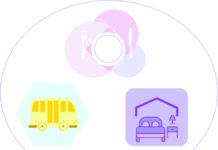