I was in the first grade when my first essay was published. It was in my yearly school magazine, and my mum had it framed on the mantelpiece. The essay was about how I wanted to travel the world but didn’t want to leave my mum behind. Back then, I didn’t know any technicalities we think are necessary to write a worthy essay or poem. I just wrote what I felt, and it turned out to be something my teacher liked. Interestingly, she’d picked up the essay from my English exam — which I’d written in 20 minutes in my worst handwriting. I hadn’t edited it, hadn’t even had the time to proofread it once before my time was up.

A lot of my drafts today are like that too. This goes against every piece of advice I’ve ever received, but I find that when I write from my heart, I’m better off without making revisions. With my academic essays, if by some miracle I’ve managed to get it done before the eleventh hour, I wait till the eleventh hour to edit and proofread it. I find that pressure fuels my mind like nothing else. Compare an essay I’ve had a week to write to one I’ve had two hours and I guarantee, you’d like the one written in two hours better. I know that many acclaimed writers will wrinkle their noses at this, but they also say to find what works best for you. And for me, nothing works better.

For my non-academic essays, poems, letters and musings, my inspiration is as reliable as the weather in London, England; I never know when I will get a sunny day and when there’s going to be a downpour. Inspiration can be a shapeshifting anomaly: it can come in the form of a song, or in wind moving the clouds you’re watching. Sunrises, sunsets, a conversation, a TV show — absolutely anything. The thing with writing when inspiration strikes is that it’s sometimes next to impossible to get something down. Whereas other times, my pen might run out of ink (or laptop may run out of battery), but the lines won’t run out.

When it comes to actually sitting down to write, I usually do my best work in the dead of the night when it’s quiet and I can write uninterrupted. Sometimes, I like playing slow music or tunes without lyrics. If I get stuck in the middle, I try doing something monotonous — drawing circles on a paper, staring at the sky or out of the window, doing laundry — the possibilities are endless. It allows my mind to run free and gives it space to work without the pressure.. Over the years, a strategy I’ve learnt is to not fixate on a certain part. When I’m in the mood, I write the bits I’m confident about or know I want. A crucial scene between the protagonist and antagonist, for instance. The filler bits or other scenes I might struggle with, I leave for later. That way, it’s easier to get through a whole piece more easily, and have bits you’re proud about.

They say it’s hard to understand a writer. The truth is, sometimes we don’t understand ourselves. But the times we do, that’s when we create magic. There are situations where I know I won’t be able to keep myself from writing — when it’s raining outside and there’s good music playing, long hours on the road, when I’m excessively happy or excessively sad, after I’ve read my old poems or reminisced upon old pictures. It’s about knowing yourself, and what clicks for you.

Sometimes these ideas might turn into whole productions; sometimes they’ll end up just ideas. Sometimes it’s a line or a paragraph. For all the ideas in production, I store them in a separate folder in EverNote. On sunny days when there’s no idea in sight, I open the folder and try and see if there’s anything I can use. Seven out of 10 times, I find something. It’s the same with the darlings in my pieces. If you’re a writer, “kill your darlings” is not foreign advice for you — i.e. remove the bits that might be your favourite, but don’t add value to the piece. I don’t kill my darlings, I simply change their story. A darling that’s not right for one story most often is right for another one. 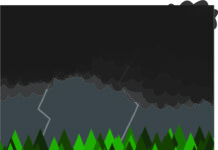