For the Standstills, performing music is all about love and celebration.

“As much as we love being in the studio, being creative and writing songs, the other side of what we do is performing, and over the past couple of years we haven’t been able to do that as much as we love to. Being on stage is such a rush […]. It’s a very unique feeling that is hard to describe because it’s a celebration of all of the hard work in the studio, writing, and that’s what puts us on a stage, and being able to celebrate the songs with everyone and have fun.”

The Standstills are a rock duo composed of Jonny Fox (guitar, vocals) and Renee Couture (drums). The two met in London, Ontario and formed in 2010, and are currently based in Oshawa. The Standstills cite Queens of the Stone Age as one of their biggest inspirations, and it rings through in their music. The band has been described as Queens of the Stone Age meshed with The White Stripes. They have released three studio albums, The Human Element (2011), Pushing Electric (2012) and Badlands (2019), as well as an EP titled From the Devil’s Porch (2015). The Standstills recently released a new single in collaboration with Eagles of Death Metal, titled Motherlode, an excerpt from their upcoming album Shockwaves. Currently, the Standstills are preparing to tour across Canada, alongside Three Days Grace and The Warning, to promote their upcoming release beginning in Vancouver on Nov. 8.

According to Fox, Shockwaves was born of a rather serious time and place. During the pandemic, the inspiration for the album came from an urgency and desire to produce the greatest album possible, as if it were their last.

“When we started working on it, with the state of the world at the time, it almost felt like it was going to be the last album we could ever make,” Fox said. “This needs to be some of everything we have ever done, this needs to be the most incredible thing we ever do, because this might be the last thing we put out into the world.”

This sense of finality is prominent in the writing process, but it remains constant in their performances as well. “The process is always changing from day to day, but there are a few common things. I start with the music – it’s like the canvas – and then the lyrics tell the story and [put] the paint onto the canvas. It’s painting a picture of everything, and that’s how I perceive the writing process and it seems to be working,” Fox said.

Fox believes it is important to devote every effort to ensuring that their fans enjoy themselves and feel like their money and time was well spent. “The people that are [at a show] are spending money to be there, and spending time to be there, and they look forward to these shows. Whatever position they’re in – if they’re working a nine-to-five, or whatever jobs they’re working at to be able to afford the time and money to be there and are looking forward to it – I want to make it like every single show is like our last show and it is as special as it can be.”

For Fox and Couture, who are husband and wife, navigating music creation and the industry together can bring divisions to the surface, however they are united in their relationship by their similar goals and their love for music.

“It has taken a bit for us to build a solid process together, and that’s like with anybody or any relationship,” Fox said, “It takes time to understand — or try to understand — each other as much as possible, so we find ourselves on a lot of common ground, and we know that we have the same goal. That is the most important thing, which is that the goal is the song. We try to help each other and we try to work with each other’s strengths.”

“Whenever we have any differences of opinion, we try to look at it instead of, ‘We don’t like certain things,’ it’s, ‘What do we like about certain things,’ and we press on those things more. Like any relationship, I feel like the approach is to focus on the positive as opposed to looking at the negatives.”

As the Standstills are busy preparing for tour, both Fox and Couture are heavily involved within the creation and planning of the tour, as well as their own music. However, in spite of the pressures, their dedication is for the fans. As the music industry has evolved over the years and the Standstills have continued to make music, keeping a ‘fan first’ mindset can be challenging. For Fox, however, the fans are one of the biggest reasons why they make music.

“It’s easy to let your mind run with that perspective of things that get in the way of what’s more important, and sometimes that’s just because the industry is so competitive,” Fox explains. “There are a lot of politics that get involved, and sometimes those politics push their agenda so hard in the industry you can be saturated by it if you’re looking at the social aspect of it, like on social media. There’s stuff that can get in the way of what’s most important, but what’s most important for us is why we started doing what we do which comes down to the art of it and fans.”

On their upcoming tour, the Standstills welcome the rush of adrenaline that performances bring, and are excited to make an impact on their fans nationwide. After a long, global state of tumult and unrest, performing music is a refuge, and a return to their roots as musicians and performers. As a band that is grateful to their fans and one that tries to savour every moment, they hope to provide themselves and their fans with a space for love, positivity, and celebration.

Fox said, “Shockwaves, is a rock and roll love story. I hope that people feel the love in the story, and that they feel all of the love that comes with that, like the enjoyment, the fun of it; enjoying life, and the passion behind [the album]. That’s what a love story is – it’s full of passion — but also [there’s] just the fun side of it. It doesn’t have to be so serious. Life’s too short to sweat the small stuff and get into negative spaces.”

“I really hope that with the new album being a rock and roll love story that people celebrate that. My hope for everybody is that they celebrate the music and they celebrate the songs, and they enjoy what art has to offer. That’s not a tangible thing — it evokes emotion – and I hope people enjoy it to the fullest.” 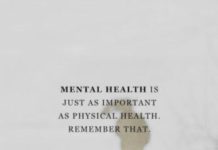 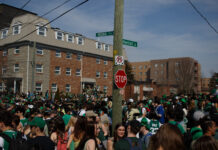