Field hockey is a widely played team sport, similar in many ways to ice hockey with the exception that it can be played on grass or indoor surfaces. Field hockey is a sport that truly demands a combination of physical strength and teamwork, as it includes a lot of running and contact with other players.

Anshpreet Sandhu, a first-year student at UW, has played field hockey for over seven years and was a rookie for the Warriors this year. As a varsity athlete, she is a great candidate to provide more insight on the importance of physical activity and convince university students to become involved in sports themselves.

From a young age, Anshpreet noticed her aptitude for sports and wanted to start playing ice hockey. However, her parents allowed her to play field hockey instead due to financial constraints.

When Anshpreet entered high school, she began to play the sport as part of both her school and provincial teams. She truly enjoys playing field hockey and hopes to continue playing it throughout her university career.

Q. What do you enjoy about field hockey?

“My favourite aspect of field hockey is the people that I meet. I think the bonds that you create in a team are very different, celebrating together when a player scores a goal and being there for each other when the team does poorly,” Anshpreet said.

Anshpreet states that these bonds are everlasting and not just limited to team practices. She happily recounts her high school memories of visiting the amusement park and the local pool with her team. Anshpreet also loves pushing herself to improve on the field, honing her skills such as dribbling and shooting.

Q. What did you learn from playing field hockey?

“I had to wake up at 5 a.m. every day, making sure that I was ready and not late for practice. It was very difficult at first, but I got used to it. In terms of communication, I had to find creative and effective means to communicate with my team such as signalling my teammates when an opponent was nearby,” Anshpreet said. She connects these skills that she developed through field hockey to her academic success. For example, her discipline from field hockey led to better time management for making schedules and knowing how to prioritize her activities. While she made a few sacrifices, Anshpreet believes that her academic performance was not negatively influenced by field hockey. Instead, she encourages students to become involved in physical activity during school to develop their skills.

Q. What tips can you give to students to maintain their motivation for sports?

“My main tip is to choose something that you love doing. That way, you are going to be motivated to put in the time and effort. Also, have something to look forward to whether it is learning a new skill or talking to your friends” Anshpreet remarked with excitement. Anshpreet hopes that as an athlete, she can inspire the UW community to become more physically active and lead healthier lives. She hopes that others experience the same team-happiness and personal growth that she has as a varsity athlete. 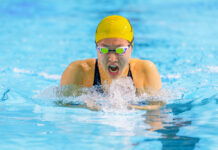 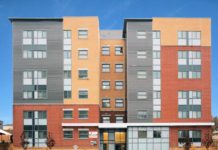