Spagnuolo created a new drug patented as Avocatin-B that combats acute myeloid leukemia (AML). He and his team went through an exhaustive process to discover the cancer battling properties held by the lipid molecules located within the core of the fruit.

The avocado wasn’t randomly chosen. Spagnuolo and his team took an unbiased approach in selecting the lipid (also called avocatin-B) that they would use to develop their novel drug. Spagnuolo and his team analyzed 800 different compounds from a natural health product library using high-throughput screening — a method that uses robotics to rapidly test the effectiveness of molecules in targeting cancer cells.

After the multitude of tests were completed, the results showed that the avocado was simply the most potent agent against cancer cells (specifically the TEX leukemia cells) as well as the most active —  an outcome that he referred to as “purely serendipitous.”

Spagnuolo explained that this is what is unique about their lab: “we go through a systematic and rigorous validation process where [we], with great confidence, can determine what exactly is happening to the molecule.”

The entire process of discovery and validation took Spagnuolo and his team approximately four years. The selection process was comparatively short at three weeks, with the remainder of the time taken up by the analysis of the cellular processes involved in understanding the molecular mechanisms.

All of the 800 compounds analyzed, including the avocado, belong to a subset group of food-derived compounds known as nutraceuticals. There is currently little understood about how the molecular structures of this enormously large, yet poorly characterized, group affect cancer.

Spagnuolo stressed just how important it is to study these compounds: “Nutraceutical dietary supplements are heavily consumed by cancer patients, and so part of my ambition is to not only look at nutraceuticals as novel pharmaceutical agents, but also to define their role in cancer chemotherapy.”

Because they are so heavily used, identifying the effect of these compounds is an important scientific step in understanding what part they play in the treatment of cancer. Many of them have adverse effects on the patients, even if they help to fight cancer cells.

“Nutraceuticals are a great resource to identify new compounds,” said Dr. Spagnuolo. “If the nature of these molecular mechanisms [in terms of cancer] were more well known, better advice could be given to patients as to which supplements should be encouraged and [which should be] avoided,” he added.

Spagnuolo and his team are awaiting the first phase of clinical trials. To get to this point they need to acquire funding from pharmaceuticals. Once a safety profile is established, he hopes that his drug can be tested on patients and eventually be used as both an aid in chemotherapy treatment or as a stand-alone compound.

As for right now, he doesn’t know if his drug could be applied to other strands of cancer, as the avocatin-B has not been tested in great detail outside of anti-leukemic properties.

“A long road ahead still awaits … and nutraceuticals as a resource are virtually untapped, but I would be cautious in saying that it is a better resource [for finding successful treatments in cancer] than others,” Spagnuolo said.

With a growing number of successful cancer studies recently completed at the university, Spagnuolo is optimistic about the future of cancer research at UW, and about opportunities for researchers interested in this complex field. 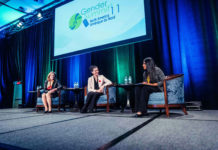 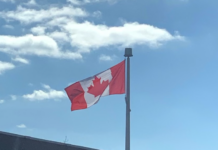 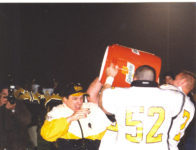