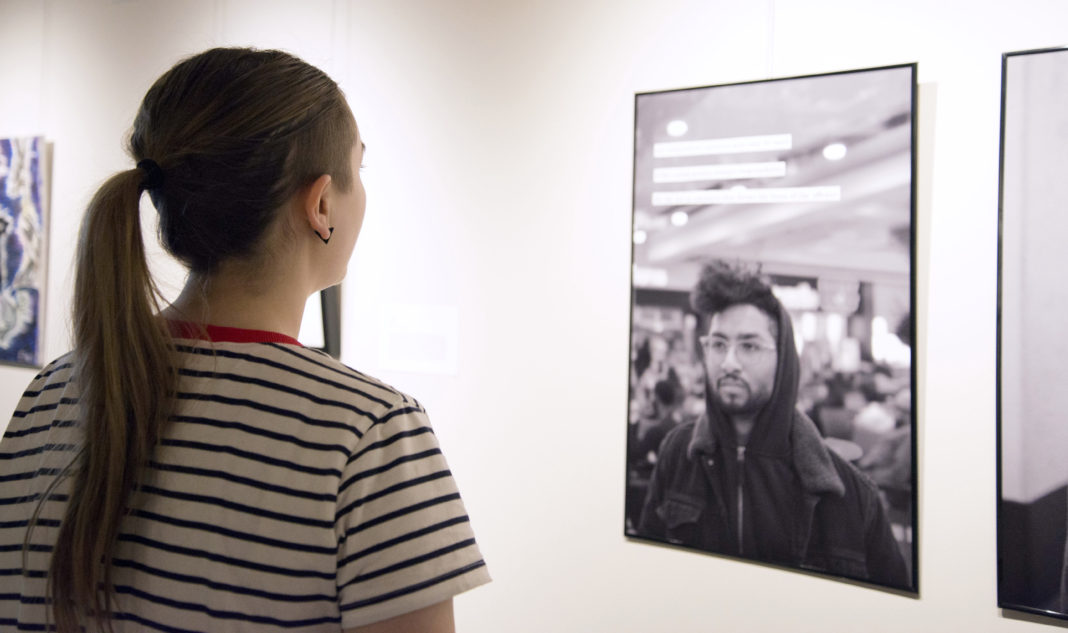 If a picture is worth a thousand words, essays could look a lot different.

The student artists behind Beyond Essays, an art gallery reflecting upon the theme of peace, have done exactly that. As a part of the Peace and Conflict Studies (PACS) program, students were challenged to render what they have learned into their assignments through artistic expression. As a result, their artwork illustrates complexities beyond the classroom, varying in style, cultural background, and meaning.

The idea behind Beyond Essays stemmed from a conversation with UNESCO approximately eight to ten years ago on integrating art forms into peacemaking and sharing.

“We wanted to highlight the creativity of our students [and] the unique approach to peace education that we have,” Rachel Reist, the academic advisor and undergraduate officer for PACS students, said. She also shared  that despite having 40 art pieces, only 12 were selected for the exhibit due to limited space.

On Jan. 18, Conrad Grebel University College held a launch for the exhibit at the Grebel Gallery, where students, friends, and family of the artists were invited to appreciate student artwork and celebrate the 40th  anniversary of the PACS program. According to Reist, it is the oldest and largest program of its kind in all of Canada.

The launch event opened with a few remarks from Michelle Jackett, the coordinator of Kindred Credit Union Centre for Peace Advancement, followed by a short speech from Reist herself on the importance of arts-based projects. Afterwards, she told Imprint that “there are things that art can communicate that words can’t.” She also expressed that these media-essays can be read by more individuals than just the professor. Rather, they may be appreciated by many and positively impact the lives of others.

Three student artists then took to the stage to express their passion for peace through an explanation of their artwork. Kai Butterfield presented three black and white photographs portraying the lack of restorative justice programming for Black individuals. Katie Hoedl spoke on the quilt that she had assembled from blocks mailed to her from as far as Australia, Scotland, and the Philippines. The quilt is accompanied by a book of handwritten letters on the significance of peace according to each participant and its representation in their respective quilt blocks. Finally, Ambar Hernandez discussed her arpillera, a Chilean patchwork art style that serves as a peace building tool and a form of expression for the women who felt hopeless and oppressed in their communities.

“There are many ways to learn, to express your learning,” Reist said, “and we need to do more to recognize that in our academic system.”

The Beyond Essays art exhibit will be open to public until April 13, 2018. 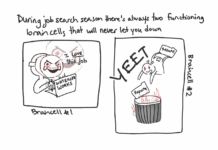 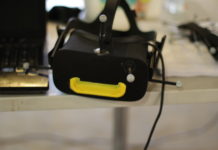