Feridun Hamdullahpur, president of the University of Waterloo, held a lecture and Q&A session in Fed Hall for the annual president’s town hall on Nov. 22. Through both the lecture and the Q&A, Hamdullahpur emphasized the university’s accomplishments and his visions for its future.

Hamdullahpur opened his lecture by commenting on some of the major developments since the last town hall, both the good (a federal government with a stronger emphasis on education and $90 million in research funding for the University of Waterloo) and the bad (for example, the crises refugees are experiencing).

To drive home his point, Hamdullahpur mentioned several professors whose research has been creating a difference in the world, such as Dr. Paul Spagnuolo, who identified a lipid found in avocados that can be used to treat acute myeloid leukemia. On the entrepreneurial side, Hamdullahpur gave credit to UW’s student startups, like Qidni Labs, who are working to develop an artificial kidney through a mix of biology and nanotechnology, and the Landmine Boys, who developed a landmine-defusing robot.

Hamdullahpur also emphasized the importance of a university education in the current social climate:
“At this moment … a lot of people are questioning the value of university education….  This is where we say that in addition to the difference we have made, we will continue to make a big difference, while fully recognizing that technology, social issues, and all kinds of other things will continue to dominate how we do things at our universities. For us, the next step is to continue focusing on what we do here, but be significantly more innovative and differentiate ourselves further.”

Speaking of innovation, Hamdullahpur also spent time discussing going “beyond innovation.” His new goal for the university involved not having to use the term “innovative” anymore.

“We don’t want to talk about innovation anymore — we don’t talk about it, we just do it,” Hamdullahpur said. “We won’t even use the word ‘innovative’ anymore, it is so natural to us.”

In the Q&A session, Hamdullahpur fielded questions from faculty, staff, and students.

Asked about highlights from his time here, Hamdullahpur said, “My highlight is every time I look at one of our earlier pictures, there’s only one building in the middle of nowhere, and where we’ve come from there….  I’m so glad that I’ve been here witnessing that unbelievable development for the past six years that I’ve been here.”

“We haven’t done enough, but we are really determined to close this gap as fast as we can,” he said.

Hamdullahpur was also asked about the importance of social innovation in the university’s focus on entrepreneurship, to which he responded by focusing on the “intersection of science and arts” and providing a broader definition for innovation.

“I cannot think for one second that everything is based on one aspect of what we do here, based on STEM disciplines or technology,” Hamdullahpur said. “We’re looking at a very broad spectrum of innovation that will bring not just technology, but social innovation together with it. And if you go down to Velocity or other places, you will see how they are already embedded together.”

Hamdullahpur also shared his ambitious vision for what will come in future decades.

“My prediction for the next 60 years? Our football team will win a championship,” he said.

A fountain of knowledge 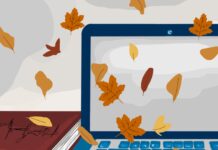 Events you might not have known about happening this month

10 Best places to study on campus