Faculty members of UW shared their vision for the President’s Anti-Racism Taskforce (PART) with Imprint.

“The real key here is consultation, in my opinion. We have all seen these types of task forces created in the past, and have seen that, in many cases, they work to enact violence on the very groups they are theoretically created to protect,” Dr. Kofi Campbell, VP Academic and Dean, Renison University College, said.

“The Taskforce will be grounded in an understanding of the lived experiences of Black, Indigenous, and People of Colour on our campus,” Hamdullahpur said in the announcement. “PART will be action oriented, because we know that it’s not enough to identify problems, we must also act to fix them. I look forward to working with the co-chairs to develop and finalize the Taskforce’s terms of reference.”

Dr. Christopher Taylor, a History lecturer at UW and the Anti-Racism Advisor to HREI, believes that UW should give the responsibility of PART to experts in the field.

“I think UW needs to listen to the experts in this area that have been doing this work at UW for decades,” Taylor said. “This might mean taking a step back and saying: ‘The way that PART is currently constituted, and has been communicated, is not the right way to move forward. We didn’t listen to the experts and we apologize. UW is now taking full direction from the experts on campus to make sure that the structure of PART will fulfill the needs of staff, students, and faculty on campus’.”

According to Taylor, that means acknowledging mistakes.

“A lot of times, the first step for an organization trying to do anti-racism work is saying ‘sorry, we f**ked up’,” Taylor said.

“There are decades worth of professional anti-racism expertise, lived experiences, and academic scholarships – right here on campus – that UW already employs specifically on how to confront anti-Black and anti-Indigenous racism.”

Taylor explained how he believed the university could do better.

“There is a small and growing Black Collective of faculty on campus that have been vocal, strategic, and calculated in this push,” Taylor said. “The University needs to take a step back and be what I have termed a ‘racial conduit’ – allow the experts to do their job with zero interference.”

The UW community was not notified of an update on PART until Jul. 9, 2020. In the update, Hamdullahpur mentioned that they need more time to listen and consult those who have been affected by racism on campus. He also stated that PART will be led by BIPOC individuals.

“We also believe strongly that the task force, whatever shape it ultimately takes on, must be supported robustly by the university, and, furthermore, that no BIPOC people should be asked to take on this work without adequate compensation and acknowledgment,” Campbell said.

He explained how students have repeatedly spoken about stolen credit in the past.

“We have all, at this point, seen the letters put out by students at the University of Waterloo and Wilfrid Laurier University, detailing the ways in which largely white administrations have co-opted or outright stolen credit for the work of BIPOC groups,” Campbell said.

“It is important that those who do this work receive credit for it, that our work be treated seriously by the university, and that the university commit to acting on the recommendations of the task force.”

Hamdullahpur requested students and faculty members to share their experiences with PART in an attempt to know more about the problems BIPOC individuals face on campus.

Campbell believes that UW must first ensure that the confidentiality will be maintained.

“I wish to echo very strongly the words of my colleague, Dr. Kathy Hogarth, that before asking members of our community to share their stories and experiences of racism on campus with the task force, assuming for the moment that this is even necessary, the university must develop and publicize the means by which it will protect the privacy of those stories, the ways in which it will protect those who speak out from potential retribution, and the ways in which it will ensure that those shared experiences are not used to further harm UW’s BIPOC communities,” Campbell said.

Students and faculty members have also demanded more concrete actions like the firing of Prof. Rye, a White professor who used the N-word in class or the stepping down of Dr. Diana Parry, Associate VP, HREI, who has been accused of having a history of dismissing and silencing Black and Indigenous voices in meetings, to create a safer space for BIPOC students and faculty members.

“I don’t think we should get caught up in this taskforce. I personally believe that it is ‘low hanging fruit’ on the tree of Strange Fruit. It is a textbook response to challenges to oppressive systems and then it becomes a situation where the process becomes the product. UW: ‘We’ve created PART, so now we have solved racism’,” Taylor said.

Taylor believes that a task force is not enough to combat the issue of systemic racism.

“No, that’s not how it works, but we have been made to believe that creating a taskforce/committee/policy/inquiry is anti-racism work. No, it is a part of the work, but it is not the work,” Taylor said.

According to Taylor, UW needs to listen to its community to solve a problem that directly affects the community.

“It’s pretty simple what UW needs to do – listen to the students, faculty, and staff and implement the changes that they have been demanding,” Taylor said.

“No compromises, no barriers, no boundaries, and with all the financial resources and support needed. UW needs to be a racial conduit and get out of its own way.”

Campbell and Taylor urge UW to support BIPOC groups like UW BASE and UW RAISE.

“Provide all the financial and academic support they need. Anti-racism work, specifically challenging anti-Black and anti-Indigenous racism is a 24/7 occupation. There is no ‘on’ and ‘off’ switch: this is a life and death vocation for these students. I’m calling on the University to provide funded co-op and course credit to BASE and RAISE student executives,” Taylor said.

Taylor believes that students deserve compensation for the work they do to help BIPOC students.

“This needs to be done immediately and reflect fair market value that is in line with experts in the field. We need to stop exploiting these students in the neo-colonial and neo-enslaved White supremacist structures of UW,” Taylor said.

Campbell explained the importance of student groups and their advocacy in the campus community.

“Supporting student groups doing anti-racism work on campus is one of the most important ways that UW can ensure the success of its anti-racism efforts. After all, students are the single largest constituency at any university. I certainly think that that support must first take the form of financial support,” Campbell said.

“Especially in an era when student fees have become largely optional in Ontario, UW must commit funds to these groups who are, after all, on the ground and connected with students much more closely and regularly than the administration is.”

According to Campbell, UW must also invite these groups to regular meetings instead of being completely unresponsive when asked to meet.

Since the update posted on July 9, 2020, the UW community has not been brought up-to-date over what is happening with PART.

“The university’s administrative structure must reflect its commitment to these issues. Anti-racism work must not be buried under another portfolio that has 3 or 4 other responsibilities as well. Anti-racism work is not equity work, nor is it inclusion work, nor is it human resources work. It is its own, unique, area of work and that must be acknowledged. UW must commit attention and sufficient resources specifically to anti-racism work, and that work must be led by members of BIPOC communities from start to finish,” Campbell said. 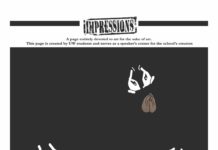