The University of Waterloo and BlackBerry have teamed up to drive innovation in the Waterloo region with the release of the new Joint Innovation Program.

“We are thrilled to be doubling down on our mission to foster the next generation of innovators and imagineers as part of our expanded partnership with the University of Waterloo,” said Blackberry CEO John Chen in a press release.

The program will offer students the chance to explore new technologies and expand their knowledge alongside industry experts. Members of BlackBerry’s Advanced Technology Development Labs will collaborate with students and staff to turn their research projects into market-ready products.

According to the press release, the goal of the five-year partnership is to drive research focused on cybersecurity, artificial intelligence, machine learning and safety assurance. Students who have an interest in these areas — or even commercial aspirations for their intellectual property — will be able to form business partnerships with BlackBerry through the program.

In addition to research, the partnership will create co-curricular learning opportunities like Research & Development (R&D) challenges and hackathons for students. BlackBerry will also offer an annual $10,000 Cybersecurity and Privacy Excellence Scholarship, which will be awarded to students who excel in the cybersecurity domain.

Ever since BlackBerry was founded by Waterloo alumni over 30 years ago, the university has continued to work alongside them and other partners in the industry to conduct innovative research.

“This agreement is an important milestone in our long-standing partnership, and further cements the university’s unique position at the heart of a critical innovation community,” said Feridun Hamdullahpur, president and vice-chancellor of the University of Waterloo, in the press release.

The program will also encourage staff from the math, science, and engineering faculties, as well as the Waterloo Cybersecurity and Privacy Institute, to participate in research projects. This research will be directed towards BlackBerry’s core business areas and new technological developments, such as their recently announced Intelligent Vehicle Platform (IVY).

“We look forward to working with the university to take new ideas from hand-scribbled diagrams to fully formed technologies ready for the global marketplace,” said Chen. 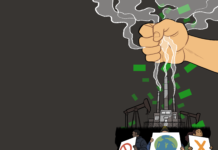