In the wake of the Black Lives Matter movement and calls for police forces to address police brutality, body-worn cameras (BWCs) are often brought up as an objective tool to hold officers accountable.

In Canada, the deaths of Regis Korchinski-Paquets, Allan Adam, Chantel Moore, and many others have raised concerns about police violence and racism. A petition that was created in response calling for “Toronto police to wear and turn on body cameras” has already garnered over 100,000 signatures.

The Toronto Police Services Board has since approved the purchase of 2,350 BWCs for police officers, a plan that will cost $34.1 million over five years.

However, some say that there is not enough justification for the expensive technology and question their ability to address racial discrimination in police activity.

“Fundamentally—emphatically—they are not an appropriate solution,” Krystle Shore, a PhD candidate in the Department of Sociology and Legal Studies at UW, said. Shore’s research interests include policing and specifically, the use of police surveillance technologies.

Shore calls BWCs a “taken-for-granted police reform that allows politicians and police organizations to seem like they are engaging in meaningful reform,” while failing to address systemic issues.

This is the first issue many have with BWCs – they do not confront the root issue of racism and militarized policing, and only address individual police officers and individual cases.

“The implementation of body-cams is a reactionary, singular reform that targets individual behaviour,” Shore said.

Additionally, Shore refutes Deputy Chief Shawna Coxon’s press conference statement that BWCs are “objective” tools that can “record what is happening in the moment on both sides,” pointing to the fact that the resulting footage is often blurry and can be manipulated. Additionally, police can deliberately pick and choose to release the sections that support their claims.

Furthermore, even the argument that BWCs can improve citizens’ confidence in police is questionable.

In a study conducted by the Center for Evidence-Based Crime Policy at George Mason University, researchers found that BWCs did not have a consistent or significant effect on officer behaviour or community trust in many departments.

To be fair, there are  a lot of conflicting results on the efficacy of BWCs when studies and surveys have been done. To that, Shore responds that “much of this research is methodologically flawed and lacking important social contexts,” and points to her own report on the shortcomings of such research.

Finally, it is debatable whether the cost of this expensive technology is justifiable.

Many argue a better solution is to spend those public funds on services that address the systemic causes of discrimination. Movements such as “Defund the Police” call for the reallocation of funds from the police to social services such as free transit, social housing, and shelters for victims of abuse.

Shore says the solution is to listen to what the communities experiencing systemic police violence are asking for: “Advocacy groups like Black Lives Matter have been very vocal about what they want, including calls to defund police and direct public resources to community initiatives that address root causes of inequality.”

Krystle Shore is a PhD Candidate in the Department of Sociology & Legal Studies at the University of Waterloo. Her research interests broadly concern the fields of policing and surveillance and more specifically include critically examining the use of police surveillance technologies (e.g., police body-worn cameras, wearable location tracking devices). Krystle’s dissertation research explores the obscuring of protective and security-based surveillance practices and how these practices relate to broader trends in power and inequality. She is specifically examining the deployment of wearable location tracking technology by police in order to track people who have cognitive impairments. In addition, Krystle is interested in the hegemonic and counter-hegemonic dimensions of various trends within academia, such as the contemporary push for research collaboration and knowledge mobilization. To contact Krystle, email kshore@uwaterloo.ca. 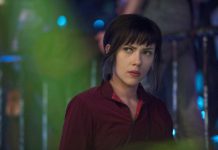 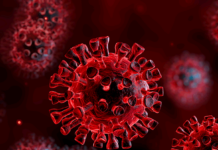 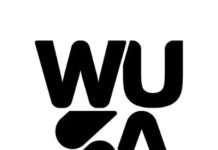