“Only boys wear belts. Girls wear dresses. You must be a boy because you wear a belt.”

Suzanne J. Kessler and Wendy McKenna, professors of psychology at the State University of New York, wrote an introduction to their book Gender: an Ethnomethodological Approach titled, “The Primacy of Gender Attribution.” In this chapter, they discuss the subconscious process of gender attribution, which is the decision every individual makes upon meeting a new person about whether the other person is a boy or a girl. This is based on our perceptions of a combination of different factors — gender assignment, identity, and roles.

At the time of writing, I am an educator working with school children, ages five to12. I work in a relatively small city of 75,000 people, in which there is a strong Conservative, religious influence. I am also a queer and trans person. When I started my position in the beginning of May, I expected to receive only a few occasional questions from children about my gender and, perhaps, sexual orientation, because I do not believe it is hard to predict that I am queer upon meeting me. I am always eager to educate children about queer and trans identity because I feel it is important, but I told myself I wouldn’t talk about it unless a kid was curious; admittedly I feared scrutiny from a Conservative, close-minded parent who does not approve of their kid knowing about the existence of queer and trans people.

On my very first day, I was asked the question, the one I would be asked a couple dozen times over the next few months: “Are you a girl or a boy?” At the time I was working with toddlers and preschoolers, aged 1-5, and I was asked this question abruptly by a four year-old boy. He looked at my button-up shirt which had been tucked into my pants and held together with a belt, he noticed my long hair and budding facial hair and androgynous voice, and the ambivalence in my gender presentation confused him. I shortly explained I was neither a girl nor a boy, yet I was both at the same time — this would become my go-to explanation for explaining my nonbinary identity — and he then said, “But you’re wearing a belt! Only boys wear belts.”

Only four years old, and this boy had noticed that most of the boys in his class wore pants with belts, the girls often wore skirts and dresses, and had made the connection between clothing and gender. Based on my belt alone, the gender attribution had been made, and to him there was no way I could be anything other than a boy.

Kids are naturally curious, and tend to be unfiltered until they are a bit older. This is something that is quite amazing about children. However, when it comes to my gender, this means it is inevitable I will have to explain my gender many, many times. Kessler and McKenna noted this — in their research, many transgender people who were actively in the process of transitioning observed a discomfort in other people during their interactions, until the other person had decided what gender they were, typically by asking, “What are you?” It is not something that many of us consider, but gender is crucial information in social interactions — it is subconsciously perceived as an anchor, and once people decide what you are, everything you do is interpreted in light of that.

This has become extremely apparent to me when working with children. To children, gender matters. It matters deeply whether someone is a ‘she’ or a ‘he,’ whether what you are wearing is in line with their developing perceptions of gender, and if they cannot place you into one of the two boxes invented by the gender binary, it is hard for them to determine whether you are even human. I have been asked multiple times by several different children if being nonbinary means I am an alien — this is the most jarring response I have received so far, partly because the question is often surrounded by laughter.

Gender is directly tied to the state of being human. Without a straightforward alignment with either point on the gender binary, you are something inhuman. The five year olds who asked me this question in a fit of laughter do not fully realize that they have already learned how to dehumanize and degrade a trans person.

Sometimes when kids find themselves tripping over the rules of gender categorization and, thus, attribution, yelling at each other about whether someone or something (such as a Barbie doll) is a ‘she’ or a ‘he,’ I want to yell right back, “Does it really matter?” It is a genuine question, and one that often causes me to bite my tongue so I don’t blurt it out during irritating instances of gendered assumptions. Truly, I never actively consider or ponder my gender identity unless I am directly asked about it. I am comfortable and assured within my gender identity, and at the end of the day it does not matter to me what labels I use, what clothes I wear and what gendered connotations they have, or even whether my pronouns (they/he) are used correctly in every single interaction. I know who I am, and that is the most important thing. However, after explaining one’s personal identity to children two or three times a week on average and meeting a wide variety of responses that range from knowledgeable and accepting to dehumanizing and ignorant, eventually one begins to feel exhausted. Why is my gender so important to them? How is this relevant?

Ultimately, I appreciate every time a child makes an effort to use my pronouns correctly, when they stutter, “She — or, he… no, she?” I appreciate every time a child listens to me when I tell them I am trans, and I watch as they churn this information inside their head like butter, and something seems to shift. I adore it when a child tries to ask me personal questions about my gender, and the child I’m sitting with confidently says, “He’s transgender! He’s neither a girl nor a boy!” Everytime I explain myself, my goal is always to help kids understand that there is a whole world outside of the strict gender binary. If they are willing to expand their mind, they will see that there are millions of beautiful ways to express themselves, both in accordance with and in defiance of gender; it does not have to be limiting and concrete. Perhaps I can help a youth discover their own queerness. Perhaps I can encourage another child to practice self-awareness towards their gendered assumptions, as well as allyship towards their queer and trans peers.

Gender attribution is not inherently bad, but it is something to be conscious of. It is wise to ask ourselves why we feel so disconcerted when we meet someone and cannot immediately decide what gender we think they are, and on what grounds are we categorizing and attributing gender in the first place. As an educator, I already have one foot in the door, and hopefully I can begin to deconstruct harmful gendered assumptions and foster open-mindedness and advocacy one student at a time. 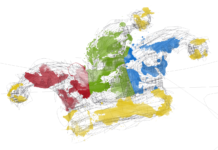 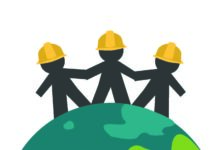