The Ontario Undergraduate Student Alliance’s fall general assembly convened Nov. 4 to 6, to vote on proposed policies for the organization. After a rigorous debate process, the three policy papers brought forward to the general assembly on sexual violence prevention, ancillary fees, and rural and northern student access were all passed.

The ancillary fees policy was designed with a number of objectives in mind, including reducing “essential” services’ (like mental health counselling and accessibility services) dependency on students’ ancillary fees — fees given to students that are not related to the general cost of tuition, such as student activity fees, society housing fees, or parking fees. Other objectives called for more transparency and accountability in the nature of ancillary fees, mandating student government autonomy in regard to  ancillary fees changes, and implementing a fair ancillary fee structure within the province.

The rural and northern students policy’s goal is to understand and accommodate students whose families are geographically situated in a region of Ontario that is significantly far away from the nearest post-secondary institution. OUSA’s paper sought to accomplish this by broadening the scope of the current Ontario Distance Grant, which provides assistance to students who live at least 80 km away from their school. The paper would change these minimum requirements so that eligible students would only have to be 40 km away from their school, and would increase the amount of grant money they would be eligible for.

“One of our goals for this was to have uniformity across the board, meaning that every student across Ontario has access to the same quality, same type of education programs that the province decides to fund or make mandatory or implement across universities in the province,” Brieva said.

“One of the principles that really tied this paper together was that we wanted every recommendation, every concern and principle to be survivor-centric,” Brieva said. “It was a tough balance in the debate during OUSA between making sure we’re survivor-centric, but also that we’re respectful that the respondent of any sexual assault accusation still has their rights. So there’s that balance between the respondent’s rights and the survivor’s, and believing the survivor.”

With the papers all approved by OUSA, the papers will be published online and then lobbied before the provincial government.

The next OUSA general assembly is scheduled for March, where participants will explore issues related to municipal concerns, defining “access” in regards to postsecondary education, and international students. 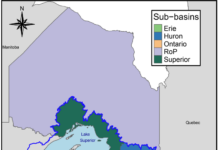 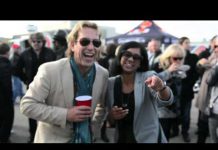 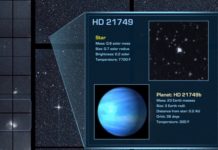