Disclaimer: The accuracy of all the routes described in this article are subject to the never-ending construction happening around Waterloo.

If you’ve taken a look at a map of Waterloo, you can tell it wasn’t built on a grid system. Streets that were once parallel can curve and intersect, University Avenue doesn’t even pretend to be straight, and with the myriad of one-way streets and construction, it’s not hard to see why the bus system can be a little confusing.

In many major cities in the U.S. and Canada, the city was planned on a grid system where streets intersect at nice right angles. That’s why in New York and Toronto, you’ll see one bus run down the full length of a street. Waterloo buses on the other hand, serve communities and link major attractions — they rarely if ever just run the course of one street.

Your WatCard is all you need to flash the bus driver before hopping on. The fee for your bus pass is incorporated into your Feds-administered fee and is non-refundable. The Federation of Students negotiates bus pass fees on behalf of all undergraduate full-time students.

Our bus system is called Grand River Transit (GRT) and it links Waterloo, Kitchener, and Cambridge. Your handy WatCard gets you unlimited travel between all three cities.

Now that we’ve got that out of the way, here’s what you need to know.

The iXpress buses (routes 200, 201, and 202) are saviours for those of you in a rush. They connect major points of interest. Route 200 was the first iXpress route and it travels from Conestoga Mall to UW (both by the Optometry Building and at the Davis Centre), Laurier, uptown Waterloo (currently only stopping at King and Bridgeport because of LRT construction), Charles Street Terminal in Kitchener, and down to Ainslie Terminal in Cambridge. Use this bus for fast access from UW to the mall or uptown.

The 201 takes you from the west side of Kitchener at Forest Glen Plaza, up Fischer-Hallman Road, down Columbia Street, to Conestoga Mall. The 201 conveniently has drop-off points at the northernmost part of campus, at Columbia and Hagey by CIF and the Optometry building.

The 202 runs mainly down University and Erb, linking the boardwalk (where you can find Walmart) and Conestoga Mall. It usually stops at University Avenue and Seagram.

There are three main transit points on campus: Davis Centre, South Campus Hall (SCH), and the Optometry Building. DC links you to the 200 iXpress as well as neighbourhood buses 7 and 9, heading down University Avenue, and bus 13, heading up to Columbia. At SCH and University/Seagram there’s a plethora of buses, however only the 202 iXpress serves this area, not the 200 — it won’t stop for you. The Optometry building has stops for both the 200 and 201. For those lazy folk in UWP who still want to hit the gym, grab the 9 from University and Phillip to DC and then switch over to the 200 and take it one stop. Voila, you’re at CIF.

Fear not young grasshopper, the 7 is not nearly as scary as you think. The entire premise of the 7 route is a trip down King Street linking Waterloo and Kitchener. There are however several variations: 7, 7A, 7B, 7C, 7D, 7E, and 7F. The 7, 7B, 7D, and 7E are the ones that really matter. Both the 7D and 7E take you to campus, however the 7D will come up University from King and drop you off on the west side of campus (SCH, Environment 3, Needles Hall, PAC), the 7E will go down Columbia and drop you off on the east side of campus (namely DC and Engineering). The 7C bypasses the campus altogether to head to Conestoga Mall. Going downtown is trickier business as the 7C, 7D, and 7E end at Charles St. Terminal while 7A, 7B, and 7F continue down to Fairview Park Mall — each with slightly different paths. To be honest, just stick to the 7D and 7E.

You may have noticed when you first visited Waterloo that there is a lot of construction going on. That’s because Waterloo is opening up an LRT — light rail transit. The ION, as it will be called, won’t be open until 2017 at the earliest but it will divert bus routes from their regular spots as the rail lines are put in. It will connect Conestoga Mall, DC, Seagram, and Uptown via train, bypassing traffic.

The GO and Greyhound bus lines are cross-city buses that can take you across the Greater Toronto Area. Tickets can be bought at the Turnkey Desk. The Feds bus is a Feds-run school bus charter that takes only UW students to cities which the GO or Greyhound take much longer to reach. Tickets can be bought online (fedbus.feds.ca) or at the Turnkey desk. The GO, Greyhound, and Feds bus can take you to Hamilton, Mississauga, Guelph, Toronto, London, and Richmond Hill.

Don’t worry, so are the rest of us. Between construction diverting buses to what seems like an endless stream of buses down University, it can get confusing. Just ask a GRT driver and they’ll be more than happy to point you in the right direction.

Campus Question: How much do students know about Bell Let’s Talk? 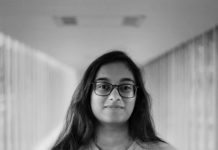 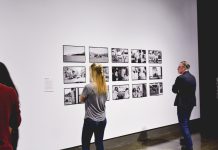