A small portion of Canadians will be surprised to find out that Tim Hortons is no longer Canada’s go-to place for coffee.

Maclean’s latest polls have discovered that among popular coffee chains, Tim Hortons only ranks fourth in the race to see who has the best drip coffee.

It seems that Tim Horton’s can no longer hide behind the icy wall of Canadian nationalism and pass off their hot bean water as the best coffee in the country.

Even with the highly anticipated annual “Roll Up the Rim” contest, it is no match for Starbucks’ gold membership program or McCafé’s sticker loyalty program.

Canadians, especially students, want security in their rewards instead of drinking cup after cup of coffee only to be greeted with the frustrating yet inevitable, “Please play again/Réessayez S.V.P.”

Imprint has surveyed a few students on campus to see what UW thinks of their coffee.

According to polls, results from Maclean’s was not far off from UW popular opinion.

Starbucks and McCafé took the lead among UW students with Tim Horton’s lagging behind and Second Cup not being far off.

However, several students commented that they preferred getting their coffee from International News and Math’s Coffee & Donut shop.

Despite all this, with six Tim Hortons locations on campus and  the slow fire of Canadian nationalism burning in our hearts, the red coffee cups are certainly not going to go away anytime  soon. 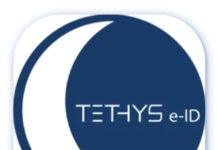 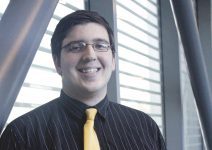