“I didn’t get to grow up in my culture but I’m finding it now as an adult which is why I’ve been bringing my little kids to the annual pow  wow so that they have the opportunity to grow up knowing their roots,” Landry said.

A pow wow is an Indigenous cultural celebration that brings together both native and non-native members of the community.

This year marked St.Paul’s 16th annual celebration, where drumming, dancing, and other elements of Indigenous culture were celebrated.

In addition to multiple craft and food vendors on site, there were various different stations where visitors could go to learn about different aspects of Indigenous culture.

“Since the beginning of Waterloo Aboriginal Education Centre 16 years ago, which is warmly housed in St. Paul’s University College, we have hosted an annual celebration with all of these things in mind,” Amy Smoke, a UW social work student, said of the pow wow.

“I’m a Sixties Scoop survivor and I just came back into my tradition in my thirties and now I’m heading into my fifties,” Sargent said.

Sargent returned to her tradition after a lot of soul searching. She went on to find other people like her after finding her roots from her ancestors, bringing her to her first pow wow several years ago.

”People try to look around in search for an identity, their true identity, when all they really need to do is just ask themselves who they are.

When you listen to your heart, it will light a fire in you, and that will drive you to find your true self,” Sargent said.

For many years, under the Indian Act of 1876, these pow wows, along with other traditions, were deemed to be “excessive dancing” and “excessive gathering”.

As such, they were made illegal by the Canadian government. “Yet we practiced them and kept them alive as best as we could, even when jail was the consequence,” Smoke said. 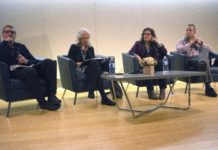 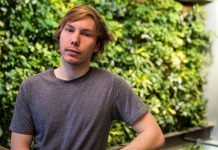 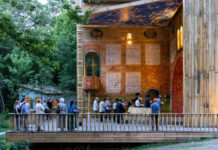