Cliterature’s audience is a diverse crowd representing a broad range of ages, races, gender identities, and sexual orientations. Vulva-shaped cookies in hand, people from all walks of life settled together to enjoy creative performances in a safe space. The well-being of attendees was of chief concern, from scent-aware seating to a designated “healing heart” volunteer available to speak to anyone in need of support throughout the show.

“It’s for everyone. The stage itself is only for female-identified performers, which feels really important to me, but we want everyone to experience it,” said Shelley Secrett, founder and organizer of the event. “It’s fun, it’s inspiring and empowering, it’s totally laughter-filled, and it definitely gets sexy.”

Following her was Jaclyn Bush’s short story on a transformative moment while visiting the Island of Lesbos, as well as Nairne Holtz reading an excerpt from her newest novel.

Shaking things up a little, Mona Sirens’ burlesque performance had a sexual health spin to it, with Sirens dressed in a labcoat and gesturing to the different parts of a six-foot-tall fabric vagina. Volunteers were brought up to the stage to test their knowledge, and the act closed with Sirens spraying the audience with a super soaker. Other acts had a more serious tone, such as musician Tynan inviting the audience to join in an a cappella performance of The Sound of Music’s Edelweiss, dedicated to her late grandmother.

Quirky and energetic, one of Cliterature’s enduring charms is its unrehearsed and uncensored content. Any mistakes onstage were good-naturedly laughed off by the audience and performers alike, making for an overwhelmingly positive experience.

“Performing is actually one of my biggest fears, and this helped me overcome that fear and realize, ‘you know what, I am good,’” said L.J. Mediclott, a first-time performer at Cliterature. “They were really moving pieces for me and every single one of them meant something.”

Cliterature has come a long way since its inception in 2003: “I was sitting around having beer with one of my best friends — who’s now performed at cliterature every single year for 12 years now — and we wondered if women would read erotica in public,”said Secrett. “We had 43 people the first night and we thought ‘This is something. We started something.’ ”

Proceeds from Cliterature have been donated to a number of organizations over the years such as tri-Pride, Rainbow Reels Queer Film Festival, and the Sexual Assualt Support Centre of Waterloo, with local non-profit Focus for Ethnic Women as Cliterature 2016’s beneficiary.

“We should be celebrating sexuality out in the open here. It’s not something to hide, this is actually something to celebrate about yourself. Sexuality is so often stigmatized within our society, but it’s a very important part of who we are and we should have our voices heard,” said Secrett. 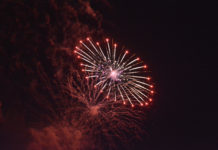 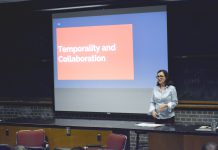 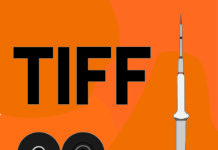