The first series is called Maru, which is the word for circle in Japanese. All of the pieces look similar — there are several rings linked together in a chain. They give the appearance of being rusted metal, or just any metal, but they are all made from clay. These raku “chains” are glazed with cobalt or copper, making them look realistically like metal. McKenzie, in her written explanation of the pieces, explained the significance of the glazing: “[They] create the illusion of rusted iron chains, and allude to the chains of a ship’s anchor.” A piece from this series called “churning”  has a rainbow-like quality to it, and the paint makes it look akin to a chain for a ship’s anchor (like McKenzie desired) that has been underwater for some time, collecting algae and rusting.

McKenzie’s other series is called Anima. She said that this series came from her “desire to portray the complexity of self-representation.” She also said that they represent her journey through fibromyalgia. Fibromyalgia is an incurable disease that causes chronic pain to the sufferer. This art collection was created to show the “bondage and breaking free” McKenzie does with her disease. In this collection, the name of the exhibition is explained. She created sculptures that portray motion while being in a static medium” ceramic. The largest piece is called “family portrait,” which is a mixture of ceramic, wood, and epoxy — it is impressive in size and detail. The ceramic is emerging from a wooden frame and all the separate pieces wind around each other and connect. These pieces of ceramic look like wood shavings while the rest of the collection look like curled metal.

It’s not only unique, but you can appreciate the effort that went into making such complex shapes out of clay. The gallery will be open until Dec. 6.

I was a holiday hermit 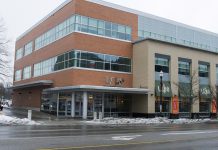 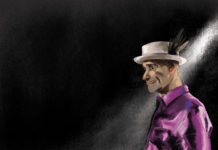