Fashion for Change, one of the largest clubs at the University of Waterloo, hosted its Annual Charity Fashion Show on Mar. 23. The club operates with the aim of promoting artistic expression and fashion, and raising funds for Moyamba in Sierra Leone, a village adopted by the club under WE Charity’s (formerly known as Free The Children) Adopt A Village campaign.

“All of our proceeds go to supporting our sponsored village in Sierra Leone through WE Charity. We learned about Sierra Leone at a time when the country was in need of academic infrastructure after a volatile 11-year civil war. Through WE Charity’s WE Villages program, we began donating our proceeds to Moyamba, Sierra Leone with focus on restoring education,” Nhel Soriano, artistic director of Fashion for Change said.

We hope to empower thousands of students by enabling them to access quality primary and secondary education.

The show, Tuesday: Seven Cities, Seven Stories, One Day, explored the stories of seven individuals from seven different cities who end up in the same place with a common goal.

“Our seven main characters, all on their own unique journey, experienced monumental life events that change the course of their futures. Our show explored stories of hardship, success, bravery, and despair, and revealed how the paths of seven people from around the world are able to cross against all odds,” Soriano told Imprint.

The audience was welcomed by Saudia Rahamat and Amanda Helka, president and vice president of Fashion for Change, for whom it was their last show with the team.

“For many of us on the board of directors this has been a bittersweet weekend as many of us are graduating, so this will be our last year as a part of Fashion for Change. However, our team this year was amazing to work with. Our models, execs, and board of directors dedicated hours of time and energy into putting on an amazing show for our supporters. We couldn’t contain our cheers from the sidelines as we watched every team do amazing work. For our last year, we couldn’t have asked for a better team to join us. We are proud of each and every member for everything they’ve accomplished this year,” Soriano said, on behalf of the team.

All proceeds from the show will go to WE Charity, who sent a video that was presented to the audience.

For the first time ever, the organization integrated storytelling into their show. “We hoped to introduce a relatable human element that touches our audience and evokes strong emotions,” Soriano said.

The story revolved around dreamers and lovers from New York, Toronto, Hong Kong, Rio de Janeiro, Los Angeles, London, and Lisbon who had a life-changing experience and ended up on a flight to Sierra Leone, with a mission to complete.

From heartbroken lovers to aspiring dancers, models, and singers, the characters of the show were moulded in ways that made it possible for the audience to relate to them.

The performances included dance pieces and ramp walks, and parts of the story were told through a video. Fashion for Change collaborated with the UW Hip Hop Performance Team and the UW Drag Club who performed after the intermission.

“It was great having two other organizations in the University of Waterloo community come share and contribute to this year’s show. They added so much more variety to our show and showcased the diversity of the Waterloo community. Fashion for Change actively works towards connecting our community through our events and initiatives and providing opportunities for other clubs to showcase their members’ talents,” Soriano said. “We have had the privilege to partner and build relations with many clubs in the Waterloo community, and we hope to continue to provide those opportunities to more clubs in the future.”

In the chapter on Los Angeles, the audience had the opportunity to witness a beat-boxing and rap performance.

The team had organized two shows so as to accommodate everyone.

“Our second show was completely sold out and the energy from the audience was astounding.” Soriano said. “Overall, over 750 people got to experience Tuesday and each person in the audience helped support our models, execs, and board of directors’ hard work and dedication in raising funds for WE Charity.”

The clothing line ranged from casual and chic to avant-garde and lingerie. The show celebrated love, passion, and diversity.

The organiszers hosted an after party at Maxwell’s for the performers and audience to celebrate the success of the show.

To date, Fashion for Change has raised over $110,000 for their initiative. 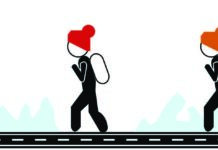 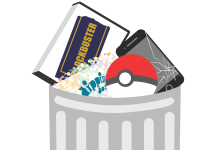 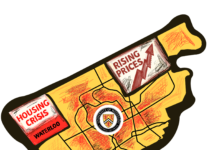