With Craig in the starring role, the Bond franchise took off like never before. While the franchise has always been popular, Craig brought a whole new audience to experience the thrill of British espionage. Considering Craig has been Britain’s most famous spy for nearly 10 years now, there is a high chance Spectre, the latest entry in the series, will be his final film as Bond. Will Spectre end Craig’s run with a bang or a whimper?

Spectre falls under the former. The movie offers plenty of action and excitement to keep one on the edge of their seat for the film’s run-time. In addition to the action, Spectre does a great job of wrapping up all the loose ends from the previous three Bond films (Casino Royale, Quantum of Solace, and Skyfall) in a way that will please diehard and casual fans alike. Despite all that Spectre does well, the movie stumbles when it comes to dealing with iconic features of the franchise, which holds it back from being a classic in the vein of Casino Royale.

After three movies filled to the brim with parkour-influenced chase scenes, blood-pumping shootouts, and stylish fights, I thought there was no way Spectre could be anything more than Daniel Craig’s greatest hits, but the movie goes above and beyond that. From the first scene, it is evident that the action is the true star of the movie. The craftsmanship that went into editing the shots and co-ordinating the beats of each sequence is nothing short of phenomenal.

Dave Bautista’s performance as Mr. Hinx is another highlight of the film. While the main cast add some much needed levity to the proceedings, Bautista ratchets up the intensity and tension whenever he appears onscreen. Like an unstoppable force, Hinx always seems to bounce back no matter how much punishment he takes, which makes him a great obstacle for Bond. Although he speaks only one word in the entire film, Hinx is the standout in Spectre’s rogue gallery.

For all the areas where Spectre succeeds, the movie fails in adapting signature features of the series to the present, especially when it comes to the main villain and the “Bond girl.” Both are introduced far too late into the movie to get any meaningful character development outside of hating and loving Bond, respectively. For example, one moment Dr. Madeleine Swann (Léa Seydoux), the Bond girl, hates having anything to do with Bond, the next they’re lovers. The lack of development and chemistry between Bond and these pivotal characters makes the emotional core of the story feel shallow and frustrating.

Speaking of shallow and frustrating, let’s talk about Bond’s womanizing ways. I know it’s a part of his character, but it doesn’t need to be highlighted in every film in the franchise. It’s 2015! Find better ways of exploring this huge character flaw rather than jamming unnecessary sex scenes into an already long movie.

Although these flaws hold Spectre back from its true potential, the movie is a great watch nonetheless. You would be hard-pressed to find a movie outside of the summer with as much action and excitement as Spectre has in spades. If it turns out to be Daniel Craig’s final film as James Bond, Spectre sends the beloved actor out in the style Bond loves: shaken, not stirred. 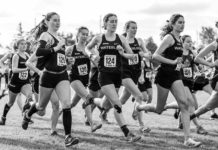 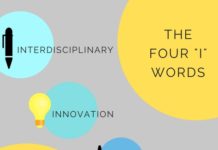