In hopes of building stronger connections between the colleges and eliminating some stereotypes surrounding Waterloo’s student experience, residents from Renison, St. Jerome’s, St. Paul’s and Conrad Grebel came together and competed for the College Cup title last weekend.

“A couple years back the dean of arts [allegedly] said, “Waterloo is the place fun goes to die,” and I disagree with that,” said Jonathan Collaton, the Student Life Coordinator at Renison College.

When Collaton and the other co-organizers first began this project in October 2013, their main objective was to find ways to bring the colleges together. Individually, all four colleges were successful in building a welcoming environment. They’re unique in that they offer their students a more close-knit family experience than main campus residences, while providing unique programs and courses.

For Collaton, the college campus student experience was a far departure from the Dean’s rumoured sentiments.

“I’ve started looking at the colleges, I’ve seen that that’s not true of [them]… There’s a real community feel to each of the colleges…So if we have pride, why not show it,” said Collaton.

Working from this, the College Cup tournament was born. By the evening of March 6, it was announced that Rension had won the cup. Their victory was greeted with applause and appreciation from the entire college community.

“You could see that for the people, it wasn’t just winning a cup anymore, it was actually forming relationships and experiences together and memories,” said Ana Penacho, a second year Social Development Studies student and Renison Residence Council president.

“I hold a lot of pride for where I go to school, and maybe it's only because we won, the event did strengthen my feelings for Renison. I love it here, and I've loved every single event in the college all year. I think it was good to take a break from studying and do something with people who aren't in the same building as us,” said Andrea Rousseau, a first year Social Development Studies student who attended the event.

According to Jonathan, the most successful event of the entire weekend was the talent show, in which around 150 to 200 students came out to support the performing acts.

Amongst the attending crowd was Rousseau. In her opinion, the talent show had been one the best events of the weekend, coming second only to the soccer tournament.

“I’m really glad I made it out to the event because I got to witness some amazing talent,” said Rousseau.

Despite the successful turnout of the talent show, Rosseau felt that full potential of the weekend had been hindered by the overall low turnout rates.

“It was kind of disappointing that we didn't get a super big turnout for some of the event because I think a lot of people missed out. The events like the opening and closing ceremonies could have been a lot more exciting if more than like 10 people from each college showed up.” Said Rosseau. “I feel like the weekend wasn't as public as it could have been. It's only the first year though. I think as it ages, it will have a lot more of a turn out because it will become like a tradition. Just like how Humans Vs. Zombies has become a big event.” 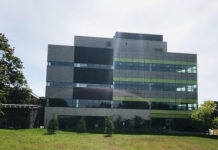 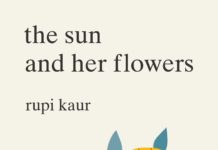 Book Review: the sun and her flowers