On the case of cracking Cambridge

To the 70 or so students that were accepted into the architecture program, and anyone else interested:

Congratulations! The process wasn’t easy and you all worked hard to get in. There’s no doubt the thought of the program being off main campus has crossed your mind at one point, but whether it caused doubt or excitement, this article will hopefully give you a good sense of what you’re getting yourself into in Cambridge.

The campus was moved to Galt — the downtown core of Cambridge — in 2004 to acommodate the growing number of students, and is housed in a renovated silk mill. The move was led by Donald McKay and Rick Haldenby, both professors who taught at the school, with the latter also leading the Rome program in 4A.

The school encourages interaction between years as much as possible, they’re all housed in one studio. Don’t be afraid to ask upper-years questions. We’ve all been where you will be, and we know how difficult it is. I found the studio a great environment to have discussion, make friends, and work, but if you find yourself staying too late, there’s a free taxi service that runs from 9 p.m. to 5 a.m. so you can get home safe.

When you find yourself with time to spare, there’s tons of restaurants around Galt you can check out. Also it’s nice to know where to get take out when you don’t want to cook. Brick and Mortar, Café Thirteen, and Bombay Sizzler’s are all great options close to the school, with the rest not being much further. Be sure to check out L.A. Franks, since they close for the winter. On the topic of seasons, Galt is a beautiful historic town and be sure to take it all in before it gets too cold. Some shows have also used it as the set in a few episodes like The Handmaid’s Tale and Murdoch Mysteries. If you venture outside the Galt core, there are tons of nature trails that you can bike or walk to as well.

If you’re looking for things to do, BRIDGE, an architecture student-run organization, hosts numerous events during the year that are open to everyone. They’re mostly hosted in their own storefront, integrated within Galt. On the off chance you have a lot of free time, while it’ll seem hard to devote too much time to not working, it’s not impossible to participate in events on main campus. One of the things lacking in Galt are organized intramurals due to the lack of students. That said, we do occasionally host sports events and there is a weekly rock climbing group.

I hope this has given you a thorough introduction to the town you will be studying in and the program you will be devoted to for the next five years. It’s important that you maintain a healthy relationship between work and personal life and remember that school isn’t everything. The examples listed off here are just a few ways you can cool off, but find what works best for you.

Ask before you kiss 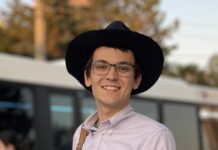 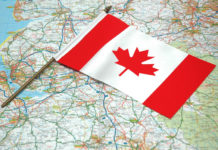