From food to cinema, music to cell phones, the opinions of others guide our choices. Although some instincts are natural, most of our decisions are influenced by friends, family and the media. All of the millions of options we enjoy started from an opinion, be it the wars among nations or why we chose Waterloo. How often do we find ourselves pumped up and full of joy over a compliment? Or sad and hurt over a critique? How many times have we felt misunderstood or experienced the joy of being understood properly? No matter how far we travel with technology, the one thing human beings can and should never be bereft of is opinions. Some might argue that opinions are upsetting and restrict our free will. However, from a business point of view, our ability to monetize opinions has helped corporations generate enormous wealth. Google ads is just one example.

Society functions based on the idea that certain things are either good or bad, right or wrong. What is actually interesting is that these collective truths are nothing but opinions. What we believe in is defined by the way we have been raised combined with our environment. Take as an example religion. Religions define the boundaries of righteousness, and some believe that stepping out of these boundaries can set off chaos and barbarism. This again is an opinion — one that is strong enough to become a belief system. A fair majority of things we believe in, and as an extension act upon, are the results of someone else’s opinions. As writer Jonathan Lethem says, “Nothing is original.” It is safe to presume that our perceptions are not necessarily original or, worse, true.

Now that we have identified the positive and negative aspects of the nature of opinions, let us focus on how to deal with them. As students we have come across scenarios where we have been called all sorts of names. As traumatic as these experiences are, most of us made it a point not to pay heed. Since we are all in a limbo with an infinite number of opinions on infinite topics, it only makes sense to try to make sense of those which really do matter. We can look at two different opinions as an example: first being that I laugh differently and I should correct that; and second, that I drive rash and should be mindful. It seems rational to pay much more attention to the opinion made on my driving skills than the other. Why? Purely because the stakes are higher.

It is a major mistake to immediately act affected by an opinion, irrespective of the urgency. Before reacting, we must think about the intent of the speaker. Any negative emotion, from anger to jealousy, all of these emotions often lead to biased opinions that end up hurting the receiver. In these situations, the most peaceful and healthy course of action is to let the opinion float around the room, as random information for which their basis can later be questioned. The intention of the speaker should be examined, and biases should not be neglected. After understanding the intention of the other person, if it is genuine and pure, the next step is to think backwards and search for the truth in their statement. However, if the intention is negative in any sense, the situation should be thought of as an argument with differing opinions which often lead to nowhere. I sincerely do not want anyone to neglect the opinions of others but this filtering and analysis is vital. Without this policing, self-improvement cannot be achieved; it just needs to be in a healthy manner.

My point is that it is as important to selectively absorb opinions as it is to reject certain ones. However, this article is an opinion too. Choose wisely! 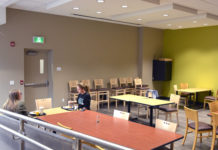 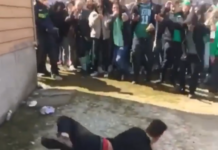