A new source of Chlorofluorocarbons (CFCs), a banned substance,  has been traced back to China’s eastern provinces.

CFC, a substance that was discovered in the 1930s was originally used as a refrigerant and has also been used in the manufacturing of foam insulation.

However, CFCs produce substances that break down ozone, causing depletion (holes) in the ozone layer. For this reason, they have been banned internationally since 1996.

The environmental effect of this ban has already become evident, with trends showing that the breakdown of the ozone layer lessened.

However, in the past six years, the rate of depletion levels of CFC in the atmosphere has reduced.

A class of chlorofluorocarbons, CFC-11, is cheaper to use than its alternatives, so several companies ignore the environmental regulations and use it.

However, as previously stated, these emissions have made a hugely negative impact on the world.

As a greenhouse gas, CFCs are also 5,000 times as potent as carbon dioxide. The government of China addresses companies in the eastern provinces using these substances as “rogue manufacturers” and is taking action to prevent their continued use.

However, the problem is not limited to the eastern provinces as other provinces and other countries around the world are also responsible for these emissions. This is due to the low monitoring of these substances in other countries. Therefore, the CFC emissions can only be detected after they have migrated to other regions.

Going forward, this could also have indications of the measurement of emissions as a whole. CFCs have been banned for more than twenty years, but greenhouse gas emissions are a continued problem worldwide. Without being able to identify the source of illegal emissions, it may become difficult to track the progress of climate initiatives worldwide. 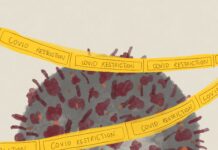