Seattle is beautiful right now. There’s an ornamental plum tree down the street that’s been snowing pink petals, and daffodils are lining the trail around Green Lake.

On a clear day, you can see the snow- capped Cascades to the East and the slightly less snow-capped Olympics to the West.

It’s a balmy 10 degrees Celsius and the sun is shining.

The death toll as of writing is 22 in Washington State, at least 20 of which are in King County alone.

Unsurprisingly, Seattle sits within King County. I am at ground zero for COVID-19 in the United States.

There are over 938 CDC-confirmed cases of COVID-19 in the state right now, ac- counting for over a quarter of total cases in the US, and the city’s starting to feel it.

Coughing on the bus earns nervous glares from fellow riders, and signs are showing up everywhere with instructions on how to properly wash your hands.

I started my work term here in September.

My office is small — including myself there are only 13 people in the entire firm. When I’m at work, I have a good ten-foot radius of space around me, as do most of my coworkers. As a young office, we aren’t exactly high-risk for the virus.

That didn’t stop this week’s operations meeting from starting with a discussion on whether or not we should close the office. The agreement was that most people work best when they’re not at home, but if anyone gets sick, their first priority should be isolation.

Almost half of the company was already working remotely that day. A couple hours later the vice-president sent out an email with tips on how to best work from home.

A day later, there were only three people in the office, myself included.

I’m lucky to work where I do. Everyone is more focused on staying healthy than staying in the office, and the work we’re doing can be done remotely.

Unfortunately, a lot of people don’t have that option.

I’m also in the situation of living in a house with five other people, and there are still three empty rooms that could be filled at any moment, which would bring our total up to nine.

As a result, self-quarantining wouldn’t exactly be an isolated experience. Working from home would almost be worse than go- ing into the office for me. Thankfully, I’m not sick.

The effects of the virus can be seen in day-to-day life. I commute early, getting into work at about 7:00 a.m. and leaving at around 3:30p.m., so I largely miss rush hour.

Even so, my usual bus rides to and from the office would require rubbing shoulders with a stranger or standing in the aisle until a seat opened up. Today, the bus was practically empty both ways. The places where we normally pick up crowds were deserted. A voice over the intercom told us to wash our hands regularly and avoid touching our

faces. It was the first time I’d heard the announcement and I doubt it will be the last.

The window of our office overlooks Pioneer Square, a section of downtown laden with tourist destinations, offices, and often crowds of people. I can usually look out and see groups of men, women, school children, families.

Tat’s, the sandwich shop across the street, often has a line out the door around lunchtime most days. But not right now. Not these days.

We’re in the middle of a pandemic.

We all know it, but we also know there’s not much we can do.

Testing isn’t widely available — you still need to be referred by a doctor if you’re worried — and no restrictions have been put in place. What was a casual joke about cheap beer and coughing at work has become serious.

So Seattle is beautiful right now.

The flowers are blooming, but then again the flowers have been blooming since mid-January.

I see the sunrise over the Cascades in the morning and the sunset over Green Lake in the evening. I joke with the coworkers who still come into the office, but we all feel the empty chairs around us. It’s not that some- thing is coming.

UW’s dietitian answers your questions on dieting and weight loss 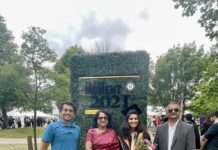 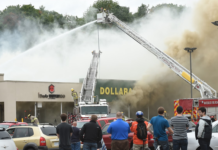