These past few weeks, sports in North America was turned upside down by COVID-19.

In the weeks prior, we watched sports leagues discuss ways of doing their part to combat the spread of the virus. Some suggestions included limiting player-fan interaction, and even having leagues play games in neutral cities that had not been affected by the virus.

A popular trend discussed was the idea of playing games in empty arenas without fans to avoid large social gatherings all together. This was an idea floated by leagues such as the NBA and already put into effect by entities such as the English Premier League.

However, the threat of sports leagues shutting down completely always seemed to be a possibility that was too distant to reach. That all changed rather suddenly on Mar. 11.

As the Utah Jazz were gearing up to face off in Oklahoma City against the Thunder, Jazz centre Rudy Gobert was listed as ‘out’ for the game due to an illness.

Just two days prior, Gobert had expressed his lack of concern for the spread of the COVID-19 virus during his routine media interviews. He even mockingly touched all the microphones after the interview to prove a point, before reportedly acting similarly in the Utah locker room.

The game would go on to be postponed just before top-off. Minutes later, it was revealed that Gobert had tested positive for the COVID-19 virus, and players from both teams were being quarantined immediately, with the entire Jazz team being tested for the virus.

The initial concern was the risk of having the virus spread amongst fans within the large crowds, but now the virus had hit an actual athlete, and his contact with other players could be traced back to all 30 teams in the NBA within the previous seven days.

Within ten minutes of the Gobert announcement, the NBA announced that, effective immediately, the 2019-2020 NBA season was suspended.

On Mar. 12, Gobert’s teammate Donovan Mitchell also tested positive for the COVID-19 virus. Soon after, many sports leagues would follow in the NBA’s footsteps.

The NHL, MLB, MLS, and XFL all suspended their seasons. The NCAA cancelled their March Madness tournaments, the CFL cancelled all 3 remaining combines scheduled for this month, the Boston Marathon was pushed back to September, and the UFC resorted to empty arena fights. Even the status of the 2020 Summer Olympics is un- known at this time.

With no sports happening for the foresee- able future, the casual sports fan now sits in an unimaginable space, where they have no new content to enjoy or consume. Sports networks such as ESPN, TSN, and Sportsnet now mainly resort to throwback content to feed the needs of their viewers.

However, the absence of sports truly speaks volumes about how important it is that society takes the proper precautions to slow down the spread of this virus. Making the world a safer place again is truly a team effort, and having all sports leagues on board helps greatly

Before Gobert, Juventus’ Daniele Rugani was the highest-profile athlete to test positive for the virus. However, there is no doubt that Gobert’s diagnosis was the first domino to fall in this unpredictable series of events.

If Gobert doesn’t test positive for the virus, the NBA doesn’t suspend it’s season. That means none of the other seven North American sports entities follow in the NBA’s footsteps, and suspend their seasons and events.

Most importantly, if Gobert doesn’t test positive for the COVID-19 virus, sports leagues would most likely still be operating at this very moment, and maybe even still contemplating whether or not they should play in empty arenas.

The impact of the sports standstill will be evident for years. When leagues such as the NBA and NHL resume, they will most likely finish their seasons in August should they pick up where they left off. If not, they may have to get creative and create alternate ways of crowning a champion. This would result in shortened 2020-2021 seasons by both leagues to give their players a full length off-season.

The MLB will most likely have a shortened season as well, with their season likely ending in October as the last thing fans and players would want is to play the World Series during freezing November nights.

The NCAA has given back a year of eligibility to all spring athletes, which could slow down the recruiting process. Lastly, there will be financial losses. Leagues, teams, and athletes will lose out on hundreds of millions of dollars as they have ceased operations.

When sports resume in empty arenas, teams will lose millions in ticket and con- cession sales.

And when they do return to full arenas, depending on how bad the COVID-19 pandemic is at its peak, expect it to take a while before fans become comfort- able with filling 20,000 seat arenas again.

The list of impacts will be endless, but not all of them will be negative.

As the saying goes, “you don’t know what you have until it’s gone.”

We may be sports-less for now, but if we take the right precautions and do our part, sports will be back before we know it. And when sports do return, it will truly be special. 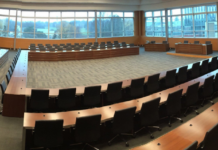 A blurry past, a clear future 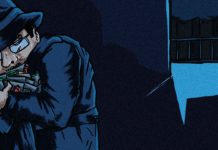