Date Night is the extravagant exclusive reporting of adventures in romance by yours truly. Let’s meet our contestants. In one corner, the returning champion, defending the title with merciless charm and an impressive moisturizing routine, the romantic revelation, welcome back Queen G.

In the other corner, fresh off a boardgame beatdown, only showing up with pure intentions, melding literary and gastronomic balderdash, it’s ya boy Cy-Guy.

This week my date and I journeyed to Symposium Café in Uptown Waterloo to satiate our combined craving for sweet treats. This seemed to be somewhat of an academic pursuit as Queen G is very much a sweetheart, and my bathroom mirror insists that I can stand for eye-candy.

Our date kicked off at 6:30 p.m. While casting my eyes over the space, I was both impressed and slightly perturbed. A surprisingly cavernous dining hall lay within, masked perfectly by the façade out front. Its high ceilings and incredible depth suggested it had a large

capacity. The walls were decorated with elegant stone-mimicking art, which tied in perfectly to the extremely curly font delineating their name.

There was a slight awkwardness to the space where the clash of Ancient Greece and Uptown Waterloo meshed unconvincingly like mismatched gears. The furnishings clearly catered towards couples with many two-seater tables and cozy booths,  and the scent of overworked waitering staff lingered faintly in the air.

My date, picking up what I was putting down, motioned to the dessert display behind me. A bodacious boon of gorgeous gâteau glimmered within the cake display cabinet. Big cakes, small cakes, tall cakes, and shortcakes, they had it all.

Cakes bedecked with elegant shaved chocolate coats, chopped nut apparel, and chocolate brownie tuxedoes each sat calmly on their own plates. One of the more eager cakes hurriedly rose and offered me a sugar-flower corsage as a token of their affection. Letting the cake down gently, I explained that I was spoken for but that it was an honour to be the object of such sweetness.

My date had a quiet word with the waiter, and the cake was removed perfunctorily from its seat, never to be seen again. After wrangling a waiter, which should have been easier considering the place was pretty empty, my date and I ordered three cakes to tempt our palates. Our selections included the Crème Brûlée Cheesecake ($9.50), the Cherry Cheesecake ($8.50), and the Chocolate Fudge Brownie Cheesecake ($8.50). Fixing me with a smouldering gaze, my date took the first bite. My jaw clattered to the floor, startling the couple seated behind us. Remembering which planet I was on, I steeled myself to exercise culinary criticism.

The Crème Brûlée Cheesecake was a bespoke cake typically not featured on the menu. Our server informed us that Symposium often brings in special cakes in this manner. Unfortunately, this cake chose to tell, not show how special it really was. A banal sweetness was supported with mediocre texture. It was challenging to determine where the cake ended, and the crust began. Even the cheesy cheesecake flavour was somewhat subdued.

Next up was the Cherry Cheesecake, which tried to sneak a sunrise past a rooster. My date’s deft palate quickly discerned that the cherries were maraschino, a disappointing realization. Additionally, the cherries had an almost null flavour contribution, being more spectators than participants in their own namesake event. The crust was jarringly solid, announcing its presence with the subtlety of a jackhammer at midnight and a similarly dry and dusty mouthfeel. However, the greatest betrayal of all was the sauce on the plate next to the cake itself. As though painted by Picasso’s less successful younger brother, the saucy mural boasted inflated sophistication. Upon sampling it, the traitor was revealed: strawberry jam. There was not a real cherry in sight in this alleged Cherry Cheesecake.

Attempting to salvage the situation, the Chocolate Fudge Brownie Cheesecake took center stage. Featuring a cheesecake filling sandwiched between two glorious layers of thick chocolate brownie, the cake was built like an offensive linebacker. The flavour was satisfying to the extreme, with supreme sweetness delivered via a textural tackle.

The cheesecake layer, usually the heavy part of any cake, was comparatively lighter than the chocolate fudge brownie and provided relative buoyancy. However, the cake was still so rich it could have paid my tuition. All things considered, Symposium provided dessert when we needed it most, making for a great after-dinner date. Although the atmosphere had a slightly awkward feel to it, it provided a decent place for my date and I to enjoy each others’ company and indulge in cake, even if that cake was firmly mediocre. As for the rest of my date, that’s for me to know and you to speculate. You’re really just here for the restaurant reviews anyways.

Until next time, stay hungry Food Fans. Special thanks to Queen G for her help with this review. A Note about Ratings: the Dateworthiness rating is different from our typical restaurant rating, which is based on food taste, texture, amount, price, service, and atmosphere. The Dateworthiness rating takes into account different criteria including the presence of shareables, the ability to split the bill, no-hassle service, romantic atmosphere, and unique appeal to either contender to determine the worthiness of an establishment for dates. 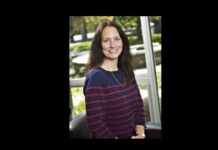 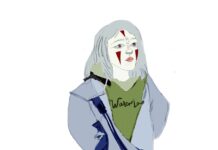