My St. Patrick’s Day experience was quite eventful, as I’m sure it was for everyone else out on Ezra. My friends and I intended to devote the entire day to drinking, napping, and undoubtedly more drinking. But our plan was swiftly ruined thanks to this girl right here.

The night prior to the big day, my friends and I planned to wake up at 9 a.m. to begin our binge episode, reach Ezra by 10:30 a.m., and eventually nap before drinking some more later that night. Leave it up to me, already labelled as the ‘flaky friend,’ to bail on my friends and screw up the entire plan—but it was not done intentionally, nor was it my fault. On the morning of the big day, I woke up at 8:30 a.m. to half my face feeling like it had been hit by a train, and sure enough, it had swelled up like a balloon. I took a peek in the mirror, saw a small white tooth protruding from the very back of my gums, and instantly knew why I was in pain; but did not want to face it knowing I would ruin the day. Half an hour before I was supposed to begin binge-drinking with my friends, the pain was too much for me to handle, so I called the dentist, explained my situation, and was told it was mandatory that I went in for an appointment within the hour. The only two things racing through my mind were: “my friends are going to kill me” and “it’s St. Patrick’s Day.” I showed up to the dentist wearing all my St. Patrick’s Day attire, looking as if a leprechaun vomited on me. I was not surprised when the dentist told me that my wisdom teeth needed to come out in a few days time, however, I was too busy forming unrealistic mental images in my head of the dentist yanking out my wisdom teeth with pliers.

Nonetheless, after leaving the dentist, my friends and I began our quest for inebriation a little later than planned, and I waited for the alcohol to kick in and numb the persistent pain in my mouth. When we approached Ezra, I was instantly reminded that it was St. Patrick’s Day as I looked off into the distance and saw at least 10,000 people covered in green. It was almost as if someone from above had coated the entire street with a green highlighter. As my friends and I continued to travel into the crowd, there were people hanging from rooftops, jumping off balconies, and trekking through mud in Wal-Mart shopping carts. It was impossible to get through the crowd without shoving into someone or without inadvertently inhaling the fumes of our old friend Mary Jane. The whole ambience of the street felt like a scene taken directly out of Superbad — drunken teenagers looking for any opportunity to do some reckless shit.

I was also reminded that it was St. Patrick’s Day when a total stranger tried to kiss me while my friends left me to invent their own bathroom stalls on the side of a house. I cringe at the thought of how awkward it was when the security guard told my butt-naked friends that we could be fined for public urination, not to mention peeing on someone else’s home.

As we were leaving Ezra, I came to realize that perhaps the day was only amusing to me because I watched all the shenanigans happen right in front of me, rather than engaging in them myself; and I’m still not exactly sure which one is more exhilarating. Maybe funnelling beer from a fourth-floor balcony could’ve been fun, or maybe that kiss from the stranger would’ve been great, but hey, there’s always next year. 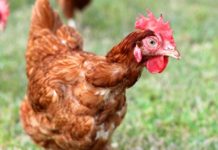 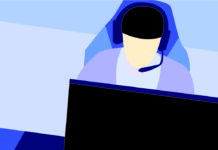