In a world where EDM is generally —and negatively — confused with rave music, it’s difficult to restore the reputation of good-natured EDM festivals. But was definitely a step in the right direction.

The second annual Ever After music festival was hosted June 3 – 5 at Bingemans. With a few bumps along the way, the music festival attracted almost 45,000 people.  This year’s headliners included Skrillex, Adventure Club, and Zedd.

Speaking to Imprint, festival owner Gabriel Mattacchione discussed his inspirations and dreams for the festival. The first stage of growth was seen when instead of hosting a “typical” two-day festival; a three-day event was announced to add to the overall festival experience. Growth is a huge part of the vision for the festival, Mattacchione explained, as it was the first of its kind in the region. Ever After doubled in attendance in just one year and there are plans in place to add a full second stage to incorporate more genres of music into the event. By adding a second stage, Mattacchione hopes to use more of the venue he chose.

Mattacchione went on to say that this venue was “the best in Ontario” for him to share his message with people because of the experience it brings. And his message is simple: “We are more than a concert. We understand what a festival is and what it should be. [It] should be experience based and that’s what we try and bring.”

Part of this festival experience included some blow up decorations of trees, a trellis, mushrooms that were seen from all parts of the venue and a large cat. This also included a very well thought out theme, with the main stage looking like a castle with towers to battle standards with the festival logo everywhere, fans were well aware of the theme of a “happily Ever After.” The theme and decorations of the festival were exciting to see, but not tacky or overdone.

The festival line up was really well put together, and featuring local talent on a small second stage really made sure that the homegrown festival roots were not lost. I thought that some of the great acts, aside from the headliners, included Rezz (one of two female acts) Anevo, Deko-ze, RL Grime, Dillon Francis, and Jauz. With such a great lineup and three amazing headlining acts, fans were expecting that Skrillex would be closing the show on Friday night but he played at 7 p.m., before hopping on a helicopter and headed to play a show elsewhere. His early set time proved to be a disappointment for many people, including myself.

The website for the festival also bragged about midway rides — which were a letdown to say the least. The ferris wheel and the Gravitron 2000 didn’t even run the whole weekend! The vendors present at the festival did a great job of having diverse and yummy food available for everyone. From burgers and hot dogs to gourmet sandwiches and salmon — anything you could have wanted to eat was there. The prices, however, was not as yummy — the typical public event food truck prices were rampant everywhere, and bottles of water were priced at $5 across the board (fortunately, there was a refill station for water located in the back of the venue).

For the second time in a row, part of the festival featured heavy rain, but this did not stop the party from continuing and people came out in all sorts of rain gear to head bang and mosh to their favourite artists and tunes.

Aside from being exhausted for work the day after, I think the festival was pretty good. Two hiccups that I think impacted the festival experience were the cashless system and security. For those of you who don’t attend festivals regularly, the cashless system has been more or less adopted by everyone. This means a wristband with a chip in it is mailed to ticket holders who can then register their wristband online and either connect it to a credit card or preload money on it. This money is then used to buy food, drinks, merchandise — you name it. However, with any technology, there were technical difficulties, many people complained that for all of Friday and part of Saturday they were unable to make purchases from their wristband.

As far as security goes, I know there is a concern for what takes place at events, but it seemed that security was being extra strict this weekend in throwing away people’s chap sticks and unopened water bottles. However, one thing that was dealt with perfectly was posters about a new drug making its way onto the festival scene, fentanyl. This drug has already accounted for many young deaths this year and to try and combat the issue there were warning posters and anonymous drop boxes to promote less drug use.

The inspiration behind this festival was one of personal experience. Having attended festivals such as Digital Dreams and Veld in Toronto, Mattacchione said, “I don’t think there were any EDM festivals in this region or in Toronto that really hit what a festival is. So I wanted to bring that to people. I used to be a consumer. So I knew things that were missing and I wanted to replace those things and make it a full package.” By experiencing and listening to the flaws of previous festivals Mattacchione was, and is, able to bring out the true essence of what a festival should be.

Waterloop going forward with its goal 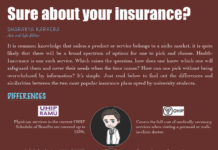 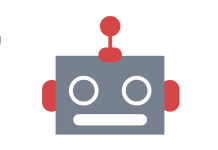