A 2016 analysis by researcher and Fossil Free UW member Truzaar Dordi estimated that UW lost up to $20 million in potential gains between 2011 and 2015 through its investments in fossil fuels.

Out of these active investments, 3.56 per cent was put into 200 Carbon Underground Companies, which equates to approximately $68 million.

Dordi said that was a very conservative estimate since UW’s passive equity funds were not disclosed. For this analysis, Dordi assumed that the university did not invest in fossil fuel companies from their passive funds.

Therefore, Dordi said that their actual investments may range from 3.56 per cent to 12.9 per cent of total investments, which directly affects the estimated loss of $20 million.

In their statement, the university denies the claim that they lost this sum of money.

“In order to determine any actual losses or gains, you would need to track those 200 stocks individually and for the time periods they may have been held,” Pamela Smyth, Manager of Media Relations at UW, said after reading Truzaar’s analysis. “We have not attempted to make that calculation.”

After reading UW’s statement, Dordi confirms that this number is strictly theoretical, but said that the university must have lost money during that time.

“A true valuation of losses is, of course, challenging to calculate given the numerous investment managers and trades over that time period, but I would challenge the university to acknowledge that they must have lost some money maintaining their investments in fossil fuels during that time, rather than simply stating that they have ’not attempted to make that calculation’,” Dordi responded, after reading UW’s statement.

“The reason for the loss in the 2010s was largely due to geopolitics and an increase in supply, largely, of ‘American Shale’ but also of other energy sources around the world,” Dordi, a University of Waterloo PhD candidate in sustainable finance, argued.

Fossil Free UW said they recognized that divestment is not an easy task as they have a financial responsibility to diversify their investments efficiently. They said they were pleased that the university had made strides towards more sustainable investments through fossil free indexes.

“The University of Waterloo was proud to sign the Responsible Investment Charter for Canadian Universities. It reinforces the commitments that we have already made and are implementing as a signatory to the UN Principles for Responsible Investing, including reporting requirements and a commitment to consider environmental, social, and governance (ESG) sustainability factors in all investment decisions,” Smyth said.

Ultimately, the end goal that Fossil Free UW and Truzaar Dordi are advocating for is carbon neutrality. 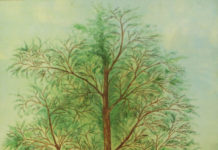