Alright, let’s talk about campus culture. UW has almost none: the big sports games are sparsely attended, the events are usually full of lacklustre early-departers, and if you aren’t studying, attending class, or eating, then you pretty much have to leave. We have a third space problem.

A third space is a place that is not where you live and not where you work. It is a space designed to facilitate community interaction and socialization. That’s it, clean-cut and simple. As students, our libraries, campus classrooms, residences, apartments, or offices do not qualify as third spaces. However, qualifying based only on the definition of a third space is not enough — these spaces need to be functional for the communities they serve. For example, a public swimming pool is a third space, but if it is in a town that cannot afford to pay the water bill or whose residents have never learned to swim, then it is ineffective and will not serve the community. Third spaces that fail to serve their communities tend to sit empty, fall into disrepair, and eventually fade into the background or disappear altogether. In this article, we will refer to these as anti-spaces since they only really exist to waste space. For more information about the importance of third spaces and their systematic decline over the last few decades, I recommend “Bowling Alone: The Collapse and Revival of American Community” by Robert D. Putnam.

At UW, we have a few really useful third spaces, a few third spaces that are overrun with demand, and a whole lot of anti-spaces. At the end of the day, we have a moderately sized bullet hole in the chest of campus culture thanks to incompetent campus planning and a wide disconnect between university administration and the peasants they have to placate (that’s us!).

Let’s start with the useful ones: the Grad House… yup, I think that’s it actually. The Grad House is an amazing space, like a cafe or pub which serves cheap food and beverages (like $1 coffee and tea), hosts well-attended events, and most importantly, orchestrates and supports campus culture. The notable feature here is that the Grad House is a third space which actively caters to the budget, space needs, social desires, and lives of the population it aims to serve. Contrary to popular belief, the Grad House is available to everyone, regardless of student status. Still, it is designed for grad students and does offer them additional perks (like free coffee and tea). In short, the Grad House is student-centred. Step one for this administration should be to open the Bombshelter space using the Grad House template.

Similarly, the third spaces which are overrun with demand are also student-centred. These include, but are likely not limited to PAC, on-campus cafes and cafeterias, and MC Comfy (remember three years ago when it was only going to be closed for two weeks?). While specifically designed for students, these spaces cannot not accommodate the sheer volume they were subjected to from day one. As a result, these spaces are less effective because students cannot find seating, equipment, and social infrastructure. Additionally, these spaces rarely host events (except for weekly exercise classes at PAC) and especially do not host effective community-building or culture-immersed events. These spaces are great and need expansion, something administrators have noticed and then completely failed to do. A great example of bumbling ineptitude is the recent expansion of PAC, which prioritized a pay-to-access climbing wall. Correct me if I am wrong, but didn’t our tuition dollars pay for that bitch? It fails as a third space because it does not address student needs. PAC’s treadmills, weight machines, and free weights are oversaturated with students. The result is a gym where people go to wait in line. Student’s wanted the PAC expansion to minimize crowded spaces and make space for gym-goers to actually work out. Students did not ask for a rock climbing wall, and, as it sits empty the majority of the time, I can only conclude that they are not brimming with gratitude for having been overruled by administration on its construction.

This brings us to our last type of third space at UW — the anti-space. Green spaces, the goddamn rock climbing wall, the weird little sitting spaces tucked into every oddly shaped corner in DC, and every other waste of space in this useless hell hole that wasn’t designed for people. I’m not sure who wants to sit in a long line with four of their friends on those stupid spindly stools in DC, but it sure as hell isn’t human beings. Similarly, in summer terms, even the reduced student population cannot make use of green space because of inherently flawed design motifs such as lack of shade, biodiversity, and walkability, leaving our fertile soils vulnerable to colonization by geese. Even those spaces, such as the biodiverse EV3 garden (for which admin can take no credit; students designed it) that successfully designed for one of these criteria failed to design for all three. I love the idea of sitting outside with my friends in green spaces, but I am less fond of wading through a swamp to sit at a table with no shade so that I can look at dead grass and geese excrement. Would it kill them to add an umbrella? Maybe a garden or two? These spaces are not created for human comfort or socialization. As far as I can tell, they act as entitled, money wasting, corporate art meant to remind us of the campus culture that admin has stripped from the school.

While this is not a UW-specific problem, Vivek Goel’s administration is exploiting every opportunity to alienate its students and sterilize the community it presumes to support. UW has been systematically shutting down third spaces like Fed Hall for years, and as these places vanish, so too does student life. Today, the third spaces that do exist at UW are bastardized and malignant, decimating peer-to-peer interactions, cross-program relationships, and community initiatives. In turn, this is linked to lonelier student populations which further exacerbates the mental health issues on campus and ultimately destroys the foundational community of UW. Am I meant to feel proud of a school whose administration would rather pinch pennies, sending emails about the mental health catastrophe and its casualties, instead of taking meaningful action against our isolation crisis? I hope not.

However, it does not need to be like this. Posting memes on the campus subreddit about being lonely or depressed is not the upper boundary for campus culture. Introducing third spaces that are clearly accessible, financially viable, and functional for students is something universities around the world have done with measurable success. As a former student at the University of Ottawa, I can tell you that it is absolutely demolishing us in campus culture, and a significant part of that should be attributed to its third spaces. For example, uOttawa has multiple campus-run cafes, bars, and entertainment spaces which frequently host events like trivia, karaoke, open mic, painting lessons, etc. Better yet, these events are usually free for students to attend and have subsidized food and drink prices to try and make events as affordable and inclusive as possible. Other Canadian universities have third spaces like games lounges (rooms with couches and tables full of board games and video games), a Free Store (free thrift stores for clothing and other items left behind in residences or donated), and an emphasis on clubs that contribute to the campus community (for example, linking the cooking club to the free lunch program). All these spaces build community on campus and facilitate inter-program connections and campus-wide support systems that just don’t exist at UW right now. Part of the reason these third spaces are so effective is that they are designed for students using student input and functionality considerations. These design measures include prioritizing affordability, ensuring operating hours match student schedules, and making sure that the activities and events offered specifically cater to student interests. While I doubt a lecture series on the federal government would be particularly effective for UW (uOttawa has its quirks), offering a free workshop for soldering, excel programming, or basic electrical work might be a hit. Additionally, bringing back the Bombshelter and Fed Hall as third spaces could positively affect campus culture if it is done with the student body in mind. Similarly, bringing back MC Comfy and implementing similar spaces in some of the current anti-spaces could be equally effective.

In short, I am asking that the administration pull the whole upper half of its torso out of its rectum and redesign the school for the goddamn students.

A student still looking for a good place to sit

Reimagining the future of human relationships 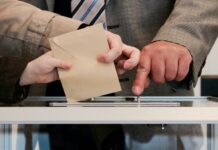