The university invested at least $65 million in fossil fuel companies as of 2017. UW’s total investments reached nearly $2 billion, which included over $355 million in endowment funds and $1.5 billion in pension funds.

UW cited fiduciary responsibility as the main reason why the institution could not divest from fossil fuels. However, the Graduate Students’ Association (GSA) at UW has already divested from fossil fuels, as well as Laval University, University of Ottawa and several pension funds in Canada.

Divestment is when an organization sells all their held investments from another party. In this case, divestment would be due to ethical concerns of the other party in relation to their stances on environmental, social, and corporate governance, also known as ESG factors. Divesting enables a company to not only take a public stance on a certain issue, but also ensures that their money is being used to benefit other organizations that align with their beliefs and values.

Pooled endowment funds have become a point of sensitivity in the divestment debate.

When the Faculty of Environment Endowment Fund voted to divest from fossil fuel companies in 2015, they were unable to do so because their fund—paid for by UW students—was combined into a lump sum.

Michael Beauchemin, President of WUSA, stated that the Graduate Students’ Association, also known as the GSA, was likely at a lower risk of backlash if they divested.

“The problem is [that] …the GSA was able to divest because they run on a smaller scope, and if they lose a little bit of money on the investments it’s not a huge deal,” said Beauchemin.

Seneca Velling, WUSA VP Operations and Finance, explained that another potential reason why UW has failed to divest is because doing so isn’t protected under Ontario law and could therefore, lead to a potential lawsuit.

“[Back then], the Government of Ontario passed a law that said, ‘Fiduciaries, directors, governors, similar, could divest funds to boycott South Africa, to oppose apartheid. No such legislation exists on the environment,’” Velling said.

Velling also stated some legal risks that UW might face, should they divest from the fossil fuels industry.

“So if it’s a fiduciary—the director, or a governor of a board, or a non-for-profit—this charter does not emphasize that [environmental preservation] is a goal that divests funds, and the fund loses money. One of the benefactors of that fund could sue the Board of Directors or Board of Governors and win,” he said. “So until Ontario is willing to stand up and take a stance and say, ‘We will not penalize to divest’, there is a very big legal risk [of divesting].”

Velling agreed that something needed to be done to pressure UW to divest.

“In apartheid, the way we solved it is that the Ontario government passed a law and said, ‘You can …divest money to boycott South Africa’, and we should do the same,” said Velling.

“Something similar should be done in our province’s legislatures.”

“As time goes on, fossil fuels are becoming a less and less viable investment, and that green energies and companies that implant green activity are actually performing better financially,”Michael Beauchemin, President of WUSA, said.

UW stated in response to a June 2018 report by the Responsible Investment Working Group that they now take ESG factors into account when investing.

However, their statements failed to specify when they planned to implement ESG factors.

UW did not consider which ESG factors into their investing decisions before the report was released.

There are several ways that students are pushing for divestment.

One method is emailing the councillors at WUSA and ask them to put forward a motion at the next Students’ Council Meeting to adopt an official stance that UW should divest from fossil fuel companies.

“[Students need to] lobby the provincial government so directors and governors on boards can more easily divest without legal ramifications or personal liability,” he said.

The UW Board of Governors will hold a meeting on Tuesday, Oct. 29 to vote if UW will join the United Nations Principles for Responsible Investment, or UNPRI.

Fossil Free UW will also meet with the Board of Governors to campaign UW towards making climate change the institution’s first priority under its ESG policy, as well as cutting down emissions by 2030 in alignment with the Intergovernmental Panel on Climate Change from the United Nations. 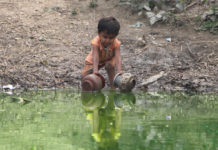 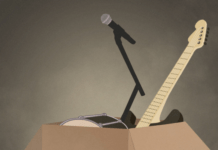