A study published by CBC investigated racial diversity on university campuses. The study found that universities don’t collect data on their diversity.

“Human rights advocates and recently the government of Ontario have endorsed the collection of race-based data as a means of uncovering inequality and better understanding the needs of racialized groups” according the article.

University of Waterloo Director of Equity Mahejabeen Ebrahim said that “diversity and equity, are strategic priorities and are in [the school’s] planning.”

The University of Waterloo has said it doesn’t collect such data because the school “does not discriminate on the basis of gender, race, colour, sexual orientation, disability, national or ethnic origin, or any other grounds prohibited by law,” as mentioned.

To address racial diversity the school has “established an equity office to make sure [they’re] taking a systemic and proactive approach to diversity equity matters,” according to Ebrahim.

While the university does not collect their own data, they do “rely on some data [they] get from customs and NSSE survey, and they collect that data across the post-secondary sector,” explained Ebrahim. However, data collected across all post-secondary institutions are not necessarily reflective of the University of Waterloo.

Addressing the needs of all the diversity on our campus is very important, so  is knowing about the various groups, but there are many mechanisms we get information from and use that to further develop our understanding and respond to issues on both an individual and systemic level,” Ebrahim said.

According to CBC, without such data, it can be difficult for institutions to properly address racism and other problems marginalized groups face.

“[Waterloo’s] conversation about equity is ongoing on our campus, and certainly in those conversations and the work we’re doing we are looking into identifying and addressing those issues so we are better [addressing] diversity,” said Ebrahim. 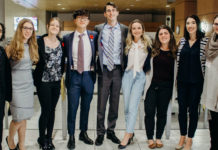 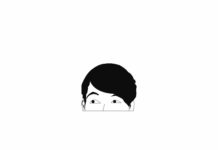