Donna Strickland, a UW professor will be receiving an Honorary Fellowship from the Canadian Academy of Engineering (CAE), the highest honour that this organization can bestow.

The honour is given to someone who has made contributions to the field of engineering above what is expected from a fellow of the academy.  Most notably, Strickland received the Nobel Prize for her co-creation of chirped pulse amplification lasers and, earlier this year, gave a President’s Lecture at the University of Waterloo about her invention.

This invention has had a huge impact, specifically in its ability to be used in laser eye surgery, but her contributions to science go far beyond this one invention.

For example, Strickland has made a number of contributions to the field of photonics.  Photonics are similar to electronics, in that both involve the transmission of information.

However, in the case of electronics, electrical current is used to transmit said information. Photonics use light instead.

In her President’s Lecture at the UW earlier this year, Strickland mentioned why it is important to invest in such devices.

In her opinion, the biggest factor is that light can travel so much faster than electrical current can. Photonics can ideally act faster and carry more information than electronics.

An example of this that is recognisable in everyday life is how many fibre-optic lines have started to be installed in communities, namely for the purpose of it being a high-speed method of signal transmission.

Professor Strickland has published over 80 articles internationally which have altogether been cited more than 9,000 times. Furthermore, she is the former president and a current Fellow of the Optical Society. This honorary fellowship aims to recognize her contributions beyond the invention that she is best known for. 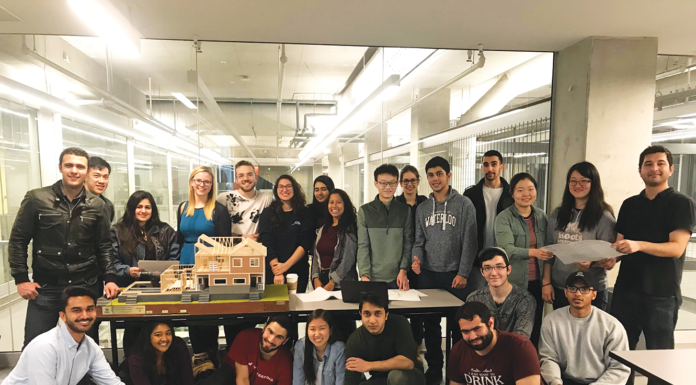 Mayors in the making? Waterloo’s candidates have their say