After beating the University of Toronto Feb. 27, the Warriors earned themselves a berth in the OUA semifinals held at McMaster’s Burridge Gym where they would face a tough McMaster team.

In the first set, service errors stopped Waterloo from gaining any offensive momentum. With the score 22-16 in favour of McMaster, the Warriors started to show some life, scoring four straight points of their own, cutting down McMaster’s lead to just two. Unfortunately, Waterloo could not get their serves in play as the next three trips to the service line all led to errors, resulting in McMaster taking the first set, 25-22.

It was a close back and forth battle to start off the second set. Both teams displayed great passing which led to easy offense as teams traded kills; Jordan McConkey and OUA first-team member Braden Cok leading the way for the Warriors’ offense. Waterloo was able to pull ahead, 14-11, which forced McMaster head coach Dave Preston to call a time out. The two teams continued to trade points but it was the Marauders who were able to gather their composure and take the second set, 25-21.

Lack of consistent play by both teams kept the game close in the third set. Neither team was able to go on a big run as the biggest lead in this match was only three points.

With the score 24-22 for the Warriors, they had a chance to extend the match to a fourth set but setter Gibson Graham sent his serve long and out of bounds. McMaster quickly retaliated with two huge kills from OUA MVP Steven Marr, giving them a 25-24 lead. Jayson McCarthy stepped up to the line for McMaster and drilled a jump serve that OUA first team libero, Erich Woolley could not handle. Final score, 26-24, three sets to none, and the match for McMaster.

McMaster would go on to beat the Ryerson Rams in straight sets during the finals, earning them the OUA gold medal. Ryerson beat Queen’s in their semifinal matchup, setting up a bronze medal game between Queen’s and Waterloo.

Normally, the top two teams from the OUA would qualify for the CIS tournament, but since an OUA team — McMaster — is hosting the tournament, the top three teams qualify, meaning the winner of this game would extend their season and end the loser’s.

Waterloo and Queen’s looked evenly matched in the first set. Blockers had a hard time tracking who the set was going to as both teams were able to get points via kills or blocking errors. Queen’s led 16-15 going into the media timeout. Queen’s was able to pull away with a 23-19 lead but Waterloo was able to tie it up at 24 apiece. Unfortunately, two kills by Queen’s Marko Dakic sealed it for the Gaels as they took the first set 26-24.

The second set did not start out well for Waterloo as Queen’s was able to take a quick 4-0 lead. Waterloo was able to chip into the Queen’s lead and eventually tied the game up at 12-12. From then on, it was all Waterloo. The Warriors were able to take advantage of sloppy Gaels’ passing to get their offense rolling. They took the set convincingly, 25-17.

In the third set, momentum shifted in favour of Queen’s. Waterloo had a hard time blocking Gaels attackers and could not get clean passes to set up their offense. When Waterloo could set up their hitters, the Queen’s defence was there to block and dig any potential points. Queen’s dominated the rest of the set, taking it 25-17, giving them the 2-1 set lead.

It was now or never for the Warriors. With their backs against the wall, down two sets to one and their season on the line, they were not going to go out easily.

Once more, the two teams looked as even as ever in the fourth set. With the score 16-15 in favour of Waterloo, Queen’s committed three straight errors giving the Warriors a 19-15 lead. Waterloo carried that lead all the way to a 24-21 score, giving them a triple set point but two quick kills from Queen’s dwindled Waterloo’s lead to just one, forcing Waterloo head coach Chris Lawson to call a timeout.

Off the Queen’s serve, Jordan McConkey was able to get a spike which forced Queen’s to send the ball weakly back to Waterloo’s side. The Warriors took advantage of this with Graham setting up Aiden Simone for a kill that deflected off a Queen’s blocker and landed on their side, giving Waterloo the point, the set, and a fifth and final set.

Strong blocking gave Waterloo an early 4-2 lead and with the fifth set only going up to 15 points, Queen’s head coach Brenda Willis was taking no chances calling an early timeout.

Sloppy play by the Warriors enabled Queen’s to tie up the game at five apiece, timeout by Waterloo’s coach Lawson. The two teams proceeded to alternate points, the majority of them coming off kills after serves that seemed safe.

With the score 11-11, coach Lawson made his first substitution of the entire match, putting in backup libero Phillippe Piche to serve for middle Trevor Coathup, which also provided Waterloo better passing in the backcourt.

Piche stepped up to the line, served the ball, Queen’s sent the ball just over the net, setting the ball up perfectly for Aiden Simone to crank it back on their side. 12-11, Waterloo.

Piche went back to the line, served the ball, Queen’s libero Ivo Dramov was caught off guard and sent the pass wide, which led to Queen’s middle Tyler Scheerhoorn sending the ball into the net. 13-11. Waterloo two points short from a bronze medal. Queen’s called a timeout.

After the timeout, a long and gruelling rally ensues as neither team can find a hole in the other’s defense. After a few blocks, spikes, and digs, the ball is on the Queen’s side. Queen’s  outside hitter,Mike Tomlinson, goes for the kill but is blocked by McConkey and Cok. 14-11, Waterloo. One point away.

Piche stepped up to the service line again, Queen’s got a nice pass which led to Tomlinson getting the kill past Waterloo defenders this time. 14-12, Waterloo. Warriors team captain Whooley goes back into the game for Piche.

Queen’s served, Whooley made a beautiful diving pass to Graham, Graham set the ball behind to Cok, Cok drived the ball right to Gaels’ Jamie Wright. Wright shot the ball straight up and hit the roof of the Burridge Gym. Out of bounds. Point, set, match.

Final score of 15-12, earning Waterloo the 3-2 victory and a ticket back to Hamilton for the CIS tournament.

For coach Lawson, this is the second year in a row he was able to lead his team to the CIS tournament. The Warriors never lost faith and had both the physical and mental fortitude to keep themselves in the game.

The team will travel back to Hamilton Mar. 10 for a chance to claim revenge on the home team Marauders in the first round of the CIS tournament. 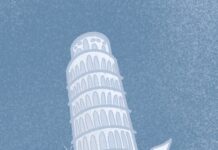 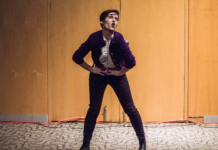