A pilot project by Dropbike, a company providing an affordable and convenient bike sharing program, is replacing the Community Access Bikeshare (CAB), which was not financially viable.

The smartphone-based Dropbike system solves are financially viable. Bikes are kept at several hubs around the city and are easy to see because of the bright orange bicycle racks.

Users can unlock the bikes by scanning the QR code through the Dropbike app, Drop Mobility, available on both iOS and Android. Riders pay $1 an hour until returning the bike to one of the hubs or locking it up to any other bike rack or pole and snapping a quick photo to confirm that the bike is safely stored. The app has mixed responses. It has a rating of 3.4 stars on iOS and 1.9 on Android.

“We don’t have any revenue generated for the university. They [DropBike] are entirely self-sufficient revenue-wise, from either their investors or the revenue they get from the service. It makes it a fairly scaleable program which is something that’s harder to do when you have more expensive docking stations that need to be in place,” Mat Thijssen, UW’s sustainability manager, said.

This system is possible because all hardware, including a GPS tracker, is kept in the bikes themselves. Riders can lock up a bike to their convenience, rather than being restricted to using the hubs.

To find a ride, users can view a map on the app that includes all bike locations and grab the nearest one, or take a bike from any of the hubs in which bikes are returned regularly to by employees.

UW has joined the program with three hubs, one at the Davis Center (DC), Science Teaching Complex (STC), and Douglas Wright Engineering (DWE), but plans to expand up to 15 hubs and 100 bikes around campus over the summer are in the works.

Thijssen also mentioned that bike sharing is important for solving the “first and last mile problem.”

“The first and last mile problem is the idea that if the bus or any transit service gets you to a certain destination and you live or work a little bit further than that, how do you get from the bus stop to where is that you actually need to go?” Thijssen said. “These types of micro mobility solutions can help solve that by giving you smaller scale transportation options to make that more accessible.”

The pilot will end in either October or November, dependent on weather.

Davis Centre flooded due to the extreme weather 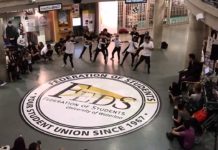 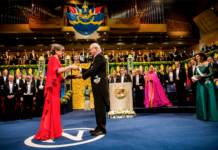